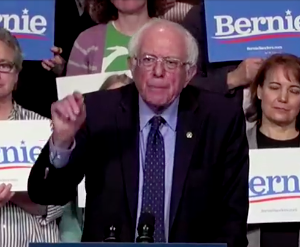 Watching Bernie Sanders on the stump in New Hampshire this weekend, it was easy to get a case of Donald Trump deja vu.

Like Trump’s supporters, the crowd that packed the Grappone Center in Concord on Sunday was large, loud and enthusiastic. Not even heavy snowfall could keep them away from Bernie’s first New Hampshire appearance since formally announcing his campaign.

Like Trump’s supporters, there was an almost religious zeal among his followers. One of the local Bernie backers who spoke to the crowd as part of the introduction told of how supporting Sanders was helping her wage her battle against alcohol addiction. “I’m here for the passion and the love that is the political revolution of the Bernie Sanders campaign. He touches our soul,” she said. 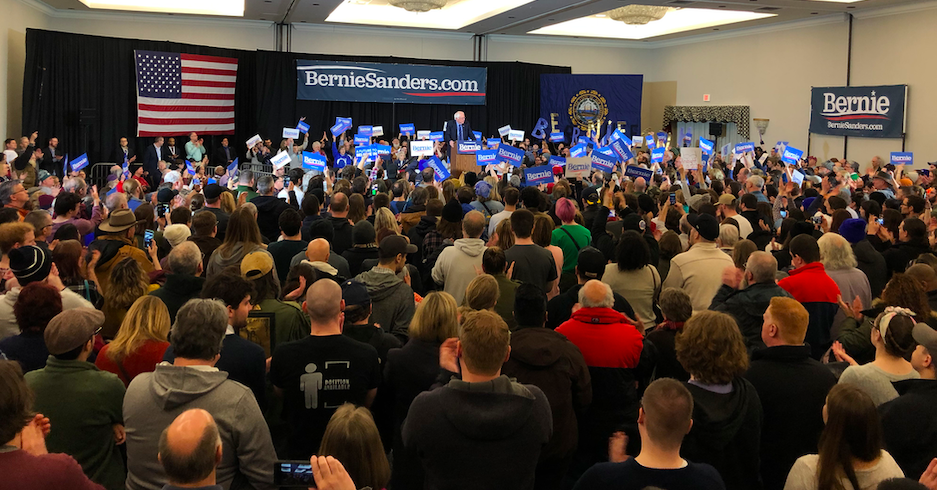 And just like a Trump rally, the crowd was occasionally raucous.  At one point, Sanders was calling out large employers for paying what he believes are inadequate wages. “We will say to Walmart and the fast-food companies…” Sanders began, when a voice from the audience shouted “F *** you!”

Waiting for the laughter to die down, Sanders, with perfect–or perhaps even “Trumpian”– timing deadpanned, “Well, that’s one way to put it.”

As diametrically opposed as President Trump and Senator Sanders are politically, the overlap between their approaches to campaigning is unavoidable.  For example, Trump ran in 2016—and continues to run today— as an outsider in his own party. Trump delighted as much in tweaking his fellow Republicans like Jeb Bush and Marco Rubio as he did taking on Hillary Clinton.

Sanders is, if anything, even more of an outsider from the Democrats– a party he only joined last week.  One of his biggest applause lines on Sunday was when he reminded his fans that they had  “ended the power of superdelegates” in the Democratic nomination process — a sore spot for Sanders fans who still believe the Democrats used a “rigged election” to give Hillary the win.

Hardly a key point in economic populism, but important to progressives who feel about the Democratic Party today the way populist Trump supporters felt about the GOP four years ago.

Sanders even emulated one of Trump’s favorite riffs— recounting his electoral victories over the party establishment.

Then, like Trump re-capping crowd sizes, Sanders recounted his 2016 scorecard: 21 states, 13 million votes, more than 1700 delegates to the Democratic convention. “And most important to me, more votes from young people—from black and white and Latino, Asian-American, and Native American — than Donald Trump and Hillary Clinton combined!” 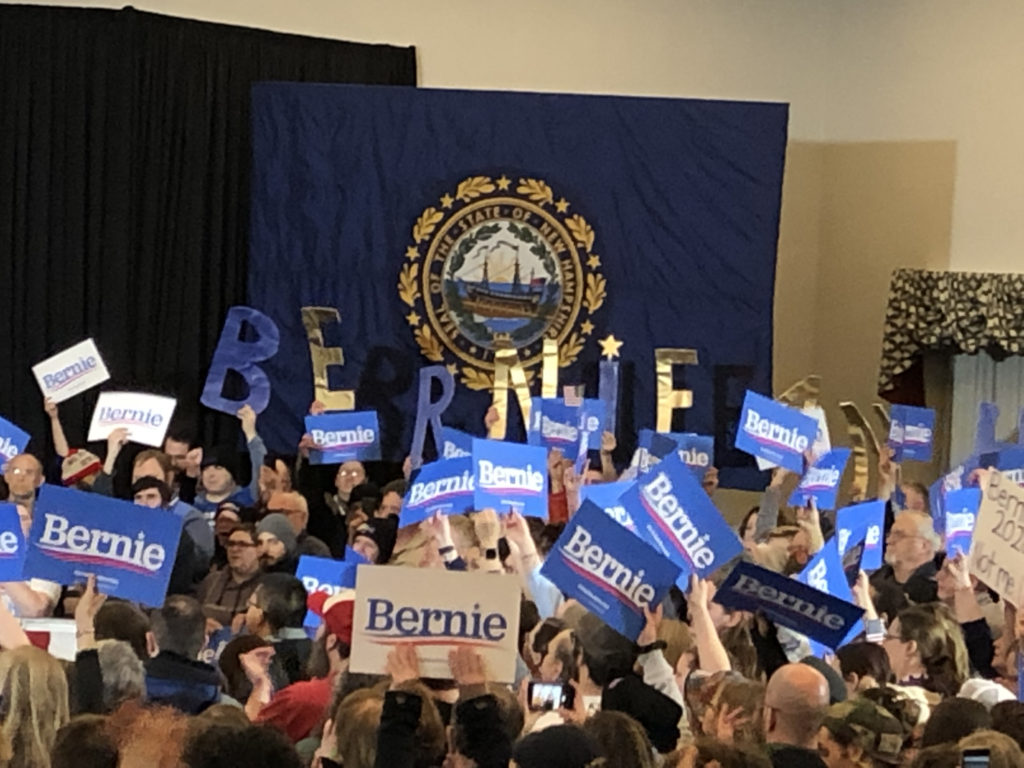 Sanders hit similar themes in Iowa the day before, reminding his backers how close they came to defeating Hillary Clinton in the 2016 caucuses and noting that, thanks to “establishment Democrats” and the DNC rules, Hillary Clinton had 500 superdelegates “before a vote had been cast.”

His crowds love it. His party’s establishment hates it. Sound familiar?

And Sanders isn’t just running as a political outsider, but as a pioneer on progressive policies as well.  Even in a field of candidates who have embraced — or at least given lip service to — socialist policies like single-payer health care and the Green New Deal resolution proposed by Rep. Alexandria Ocasio-Cortez, Sanders still manages to stand out on the reach of his far-Left policy proposals.  Not only has Sanders promised a federal jobs guarantee and free college tuition, but in his stump speech he casually mentions his plans to increase Social Security payments to seniors.

Because Social Security costs more than $1 trillion a year, a mere one percent increase would cost hundreds of billions of dollars in new spending over a decade, on a program whose long-term health is already in question. In fact, Social Security paid out more than it took in just last year. That didn’t stop Sanders from promising seniors even more — on top of the trillions in new spending for a Medicare For All, the Green New Deal, free college, etc. etc.

Sanders supporters aren’t worried about the math.  Like the conversations many Democrats are having about the Green New Deal, there’s an assumption that these policies are more aspirational than achievable.  Indeed, it’s not uncommon to hear a progressive version of “Take Bernie seriously, but not literally” that has become the mantra of many Trump supporters. 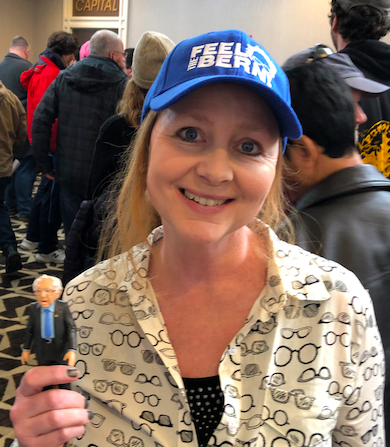 A Bernie Sanders supporter shows off her candidate action figure at a rally in Concord, NH on March 10, 2019

Whatever Sanders is doing, it’s working.

“I support him whole-heartedly. He’s the only one that’s honest and consistent with his message,” said Susan, a supporter from Sanbornton, NH, who brought her Bernie Sanders action figure from 2016 to the rally. “This is the second or third time I’ve seen him speak. He was amazing.”