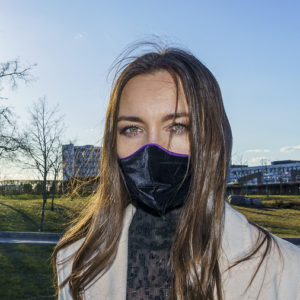 Salem, NH Mask Mandate Goes Down Without A Vote

The Salem, N.H., Board of Selectmen backed away from a proposed Massachusetts-style mask mandate in the face of a public backlash.

A week after a majority of members expressed support for a mandatory mask rule, and a $200 fine for each infraction, the proposal was never brought to a vote. If it had been, it would have lost.

More than 800 people signed a local online petition opposing the mandate, and several selectmen spoke against it.

“It’s the businesses’ job to protect their employees and to protect us,” added Selectman Bob Bryant.

Massachusetts imposed a mandatory mask rule with a $300 fine last week. However, many mayors have announced they will not use fines to enforce the mandate, due to fears it will disproportionately impact people of color.

During Monday’s COVID-19 news conference a few hours before the Board of Selectmen meeting, NHJournal asked Gov. Chris Sununu if he had a message for Salem on the issue.

“Look, if a town or a city wants to take up those mandates for masks there are towns and cities that have the ability to do that, that’s their choice, we’re leaving it there,” Sununu said.

According to the latest data from the New Hampshire Department of Health and Human Services, the rate of hospitalizations and deaths from COVID-19 among healthy people under 60 is close to zero, bolstering arguments for allowing businesses to reopen and lowering fears the virus will overwhelm the healthcare system.

New Hampshire has yet to exceed 10 percent of hospital capacity during the coronavirus pandemic.