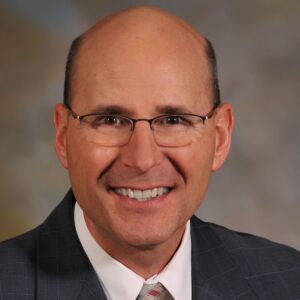 “I don’t need on-the-job training,” Prescott told NHJournal when asked why he was jumping into the race. “I’ve got 14 years of public service experience — 10 years in the state Senate and four on the Executive Council — working side-by-side with Gov. Chris Sununu and Senate President Chuck Morse to make New Hampshire the best place in America to live. I want to take those skills and that experience to Washington, D.C.”

Prescott is the fifth declared candidate in the GOP primary, and the filing period doesn’t close until June 10th. So there could be more candidates to come.

Prescott is perhaps best known for defeating then-state Senator Maggie Hassan in the 2010 election. Hassan was already seen as a rising star in the Democratic Party.

“Russell’s a principled conservative, and he works hard,” said Senate Majority Leader Jeb Bradley, who has not endorsed a candidate in the First District primary. Asked how Prescott beat the future governor and U.S. senator, Bradley replied, “He ran a good race, and he was smart enough to run it in 2010.”

That was a major red wave year for the GOP. (Hassan also lost to incumbent state Senator Prescott in 2002.)

Prescott is the owner of R.E. Prescott Pump Company in Exeter. In 2020, he chose not to run for re-election as District 3 executive councilor after running in an election in every even-numbered year since 1998. Prescott said he wanted to focus on his business and his family. He and his wife Susan have been married for nearly 40 years and they have five children,

In the 2016 First in the Nation presidential primary, he backed Jeb Bush for the GOP nomination. Asked about President Donald Trump, Prescott said, “I would relish his endorsement,” but he added he would also remain an independent, conservative voice. “That’s what the voters want and expect.”

Why enter such a crowded field? Prescott said he hopes Republican primary voters will think past 2022 — which is shaping up to be a banner year for the GOP — and focus on 2024 as well. “We can win it in 2022, but we need a Republican who can hold it in 2024 when the Democrats unleash everything they have in a presidential year to take it back,” Prescott said.

“I honestly believe I am that Republican.”