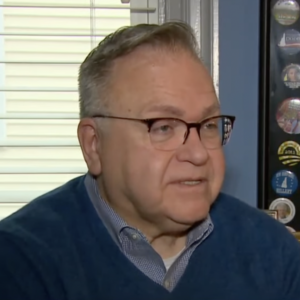 Despite months of assurances from the state’s top Democrats that all was well, the party’s national rules committee dropped the hammer on New Hampshire’s First in the Nation presidential primary Friday, voting overwhelmingly to strip the contest from the Granite State.

The calendar passed by the Democratic National Committee’s Rules and Bylaws Committee (RBC) lays out the 2024 primary contests based on the recommendations of President Joe Biden:

“Folks, the Democratic Party looks like America,” said DNC Chair Jaime Harrison, who formerly chaired the South Carolina state party. “This proposal reflects the best of our party as a whole, and it will continue to make our party and our country stronger.”

For New Hampshire Democrats the process has been a debacle with leaders like Sen. Jeanne Shaheen and state party chair Ray Buckley looking both stunned by the outcome and powerless to stop it. A day before the committee’s vote, Buckley assured WMUR, “We’ve certainly got the commitment of a number of very influential members of the RBC and we expect the DNC will endorse New Hampshire’s First-in-the-Nation primary.”

Only two members, Iowa and New Hampshire voted against the new calendar.

Republicans pointed fingers at Buckley, who dismissed concerns the primary was in serious jeopardy in April when the DNC announced it was re-considering the entire calendar. Critics raised questions about Buckley’s strategy, noting he hired former Iowa Democratic chair Troy Price after he oversaw the disastrous 2020 caucuses. Buckley also tapped D.C. resident Joanne Dowdell, a failed congressional candidate who hasn’t lived in New Hampshire since 2017, to represent New Hampshire on the RBC.

While Buckley’s moves appear puzzling at best, it appears there was little New Hampshire could have done to change the outcome. Multiple sources report the RBC members had not considered moving the Palmetto State to the front of the line, and even South Carolina Rep. James Clyburn (D) was stunned by Biden’s decision. Gov. Chris Sununu laid the blame at Biden’s feet.

“This was Joe Biden’s decision, and once again, he blew it,” Sununu said Friday. “For over 100 years, we have set the model for the rest of the country with consistently high voter turnout and accurate election results. It’s a terrible disservice by Democrats to try and strip Granite Staters of the First in the Nation status that they have worked hard and earned time and time again. The good news is that our primary will still be first and the nation will not be held to a substandard process dictated by Joe Biden and the Democrat Party.”

Neil Levesque of the New Hampshire Institute of Politics agreed and said he sees crass political self-interest at work.

“They’re trying to rig the election,” he told radio host Jack Heath Friday. “Let’s not sugarcoat it: Both President Biden and Vice President Harris have poor track records campaigning in New Hampshire. So they moved the first primary to [South Caroline], a state where you need just one endorsement to win.”

By moving South Carolina to the first slot, Biden is making it less likely he would suffer the same fate other incumbent presidents have, writes Walter Shapiro at the liberal New Republic.

“Biden, who launched his first campaign for president 35 years ago, knows all too well New Hampshire’s history of nurturing mavericks, beginning with Eugene McCarthy’s historic challenge to Lyndon Johnson over the Vietnam War in 1968. (Yes, it was a half-century ago, but Biden boasts a long memory.) Even more relevant to Biden is that right-wing populist Pat Buchanan (a trailblazer for Donald Trump) won 40 percent of the New Hampshire GOP primary vote in 1992 against a sitting president, George H.W. Bush.”

The new calendar won’t stop the Granite State from going first. The GOP will hold a competitive primary, and the state’s Democrats have pledged to uphold the state law requiring New Hampshire to vote at least a week before any other primary state. But it will let Biden skip the contest — in the name of upholding the party’s rules — and potential challengers will face severe sanctions, including being denied the opportunity to participate in televised debates.

And even if New Hampshire Democrats signed off on the DNC plan, Sununu and his fellow Republicans in the legislature would have to vote to change the law, something that will never happen.

In other words, the primary dates may change, but New Hampshire’s place in line won’t — even if the #FITN primary is held before Thanksgiving, 2023.