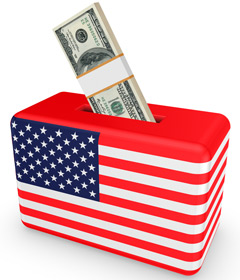 RUBENS: A Constitutional Remedy for the Campaign Money Aristocracy

Conservatives are waking up to a troubling new reality: We are now being vastly outspent by a torrent of campaign money from liberal donors living in deep blue states. Overall for federal races in 2020, Democrats outpaced Republicans by a massive margin of $8.4 billion to $5.3 billion, reversing the trends of the last several presidential cycles. In the shell game for secret money, Joe Biden outdid Donald Trump by six to one. And for the first time in recent memory, business interests—from Wall Street to the health care industry and beyond–are now spending more on Democrats than Republicans.

As a New Hampshire former Republican state senator and liberty-minded conservative, I’ve long been concerned, as a matter of principle, about the corrosive effects on our democracy of unlimited amounts of out-of-state spending in our political system. The notion that such contributions would not breed corruption nor cause Americans to lose faith in our republic – which the Supreme Court asserted in its Citizens United decision – is wholly disconnected from reality. I also know, from conversations I’ve had with fellow conservatives, that many have deep reservations about the out-of-state money arms race, but are reluctant to give up Republicans’ past advantage here. Now that the tide has turned against us, it’s time for conservatives to return to first principles.

Our constitution protects American citizens against remote, one-size-fits-all government. The 10th Amendment reserves to the states and people all powers not expressly granted to the federal government. It undergirds my state’s blunt motto, “Live free or die.” But the blue state campaign money aristocracy is gutting federalism, our central constitutional protection against the tyranny that grows in the dark swamps of concentrated power.

The left is using its blue state money advantage to surgically target and overwhelm swing state, swing congressional district, and swing statehouse control elections. While in 2020 Republicans did remarkably well in down-ballot races, over the past eleven cycles, House and Senate candidates with the most money won 92 and 80 percent of the time. In almost every swing election, the new kingmaker is concentrated, out-of-state money coming from a small number of exceedingly wealthy individuals and power brokers who, in most cases, control the flow of small-donor dollars. Rather than in-state voters and party activists, this new aristocracy is picking our candidates for us. Grassroots, locally-funded candidates are unviable and invisible. Candidates have lost control over their own campaigns. Local and state priorities are submerged. Most critically for what remains of federalism, every swing election is nationalized.

Just look to the two Georgia Senate races that tipped the Senate to Democrat control. Those races were the most expensive ever, with nearly $900 million disgorged on the voters of Georgia.

The race between Democrat Jon Ossoff and Republican incumbent David Perdue alone saw an unbelievable $510 million in total spending, with national outside group spending exceeding what the candidates spent themselves. In comparison, before 2018 the most expensive Senate race ever was Pennsylvania’s at $180 million.

And if liberal billionaires bankrolling such races aren’t bad enough, the shell game of innocuous-sounding organizations giving to one another and then to SuperPACs, with the original donors of such money often remaining hidden, means there’s no way to know if the original source of contributions even comes from this country. Two years ago, entrepreneur Imaad Zuberi pled guilty to funneling illegal donations from a Saudi national to Barack Obama’s 2012 reelection campaign. With malign foreign interests taking a more active role in American elections, it is likely that significant illegal foreign contributions are being laundered into U.S. SuperPACs.

Yes, a 28th Amendment would authorize limits. But it would preserve liberty by delegating the “how” entirely to legislators. Montana may wish to restore its law banning corporate contributions. New Hampshire may wish to enact a donor-voter law, banning out-of-state campaign money. Congress may decide to permit larger direct-to-candidate contributions from identified individuals, but to limit flows of campaign money through outside groups. The need for a 28th Amendment is compelled by fundamental conservative principles and by our Founders’ vision of government solely accountable to the governed and free from the risks of corruption and tyranny inherent in concentrated power. 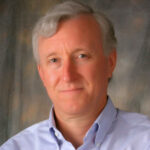 Jim Rubens, an entrepreneur and investor who served two terms as a Republican in the New Hampshire state Senate, is a board member of American Promise, which advocates for a constitutional amendment to rein in unlimited campaign spending. He wrote this for InsideSources.com.