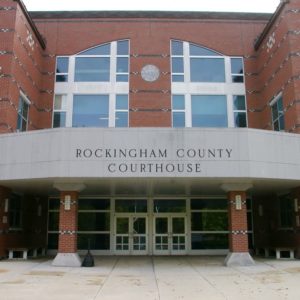 At December’s statutorily required delegation organization meeting, 54 of the county’s members (all state representatives) voted to install interim officers until such time that they could meet in-person or remotely in a way that allowed for a secret ballot.

In 2013, a Superior Court Judge ruled that Belknap County violated the state’s right-to-know law by conducting an election by secret ballot. By the time the judge ruled, the county had already held an additional officer election to correct their error.

“It is imperative that the appointment of Officers and Executive Committee members be held in accordance with [the right-to-know law],” Rep. Josh Yokela (R-Fremont) told NHJournal, noting that the officer elections must be conducted by a roll call vote if conducted remotely. Yokela said he contacted the Attorney General’s office for guidance moving forward but worries that actions taken by interim officers could be a problem moving forward if their elections were invalid.

“The County Delegation has important work that needs to be completed, but the power of the interim officers and Executive Committee members to do the work for the Delegation could be called into question because the rule which was adopted to give them their power may be found unlawful, if challenged,” said Yokela. Yokela was the lone ‘no’ vote on the slate of interim officers.

Rep. Mike Sylvia (R-Belmont) serves as the Chair of the Belknap delegation and said the court ruled correctly in 2013. Sylvia said he is grateful for the plaintiffs in that case, thanking them for “their persistence in holding public officials to account. They are champions of Part I Article 8 [of the NH Constitution].” Part I Art. 8 describes the need for an open and accessible government.

In a letter addressing Yokela’s concerns with the secret ballot vote, the county clerk, Rep. David Welch, says “this is extraordinary times with the state of emergency declared by the governor.” Welch noted that the county has a legal opinion allowing the meeting format to change by a majority vote of the convention, and said that all votes must be conducted by roll call.

Rockingham County appears to have used secret ballots for officer elections for many years, according to the letter.

“The members agreed that when we can meet in a face-to-face situation, we shall conduct an election of the Officers and Executive Committee in a traditional manner, which we have used for many years,” Welch said.

Requests for comment from Reps. Major and Welch were not returned.