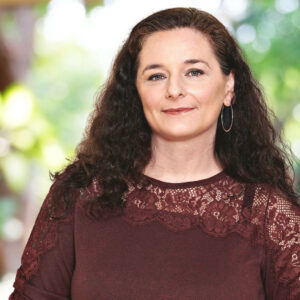 ROCHESTER, NH — A state representative candidate who jokingly encouraged voters on TikTok from Massachusetts to drive up to New Hampshire to vote for her in November has been requested to take the video down after an investigation by the attorney general’s office.

Kathleen Cavalaro, a Democrat from Rochester running for the Strafford County District 6 seat, was contacted by investigators after a complaint was filed by Terese Grinnell, a nurse and Republican from Loudon, who is challenging Ted Gatsas for the District 4 Executive Council seat in the September primary.

The attorney general’s office said Cavalaro was protected by the First Amendment. At the same time, it could be confusing to voters and could lead to a criminal act if a Massachusetts voter does what she jokingly encouraged people to do. After viewing the video, the AG sent her a letter requesting she take it down and cleared her of wrongdoing.

The state also has requested she use her social media platforms “to clarify that registering to vote in New Hampshire requires that a person must be domiciled in New Hampshire.”

Cavalaro, however, is refusing to take the video down, saying she felt “very compelled to exercise my choices for some reason.” Taking it down would amount to “caving” to the GOP and “would embolden Republicans to attempt the intimidation of other, less protected candidates.”

Tony Schinella is an award-winning journalist and the local field editor for Patch in New Hampshire.