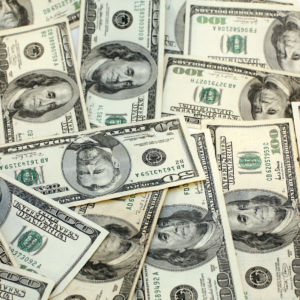 Robin Hood in Reverse: Taking from the Poor to Give to the Rich

It’s been two decades since Granite Staters went from using “Claremont” to refer to the city in western New Hampshire to referring to Supreme Court cases. It’s been argued that the landmark Claremont cases are the most significant state rulings in a generation. The state Supreme Court’s order that New Hampshire must provide a constitutionally-adequate education for its students has had long-lasting fiscal, educational, and political effects that are still not resolved twenty-plus years later.

You may ask, “Why is public education a concern of the business community?” New Hampshire businesses are the largest contributor of real dollars to the state Education Trust Fund (the so-called “statewide property tax” is really just a pass through). Additionally, businesses have a vested interest in the type of education our young people receive. An educated workforce is a key component of New Hampshire’s continued economic vitality, and we look to secondary and post-secondary schools to prepare the 21st century labor pool for the modern economy.

BIA supports legislation that adheres to our core principles for funding education in New Hampshire. We believe primary and secondary education are a shared responsibility between municipal, state, and federal governments. While the sources of funding for education are worth debating, we feel the more pressing issue today is how those funds are distributed.

BIA believes state education funds should be maximized through thoughtful targeting of aid to cities and towns most in need, instead of a uniform allocation to all districts regardless of financial or academic capability.

Likewise, there are certain individual schools that have been determined to be underperforming by state or federal standards. These squeaky wheels need more attention than a different school in the same district which has obtained proficiency. In order to achieve compliance with those standards, often times more resources are needed to improve the situation. While it’s not a given that more money automatically means better results, it does mean that those schools have fewer resources to retain experienced teachers, modernize their facilities, and create the kind of vibrant classroom experiences for students to thrive.

It’s true that some targeting is happening now. Districts with higher percentages of low income students, or those with a higher number of those who speak English as a second language, receive some additional state funding. But this “targeting,” to the extent that it happens, is far less than it could be or should be because tens of millions of dollars in state education adequacy aid are instead being sent to our most affluent communities.

New Hampshire is limited in its ability to use targeted aid to improve educational outcomes. The past and current thinking regarding education funding is that “Claremont” required New Hampshire to first define an adequate education, calculate its cost, and then distribute that amount uniformly (on a per pupil basis) across the state. The effectiveness of this model has not been good. News reports say those communities that sued the state in the 1990s are not any better off financially since winning the original Claremont case.

To change the system and allow the state to put the aid where it’s actually needed is a complicated and difficult task. Since the high court is unlikely to reverse its view on what the state constitution requires for an adequate education, the only way to effectively give the state some level of flexibility in funding education is to amend the state constitution.

BIA is not proposing to amend the constitution to provide some kind of “escape clause” for the legislature to shirk its responsibility to provide an adequate education. We in the business community very much want to see highly-skilled, highly-motivated young people graduate from our schools. We want students with exceptional A’s, not merely adequate C’s. Providing targeted aid will ensure the likelihood students in the North Country or the Upper Valley have the same opportunity to succeed as those on the Seacoast or along the Merrimack.

It is not fair or sensible to take students who are disadvantaged by the tax base of their community, or their lack of access to academic excellence, and provide them the same amount of aid as students in districts with stable financial resources. You can’t level a playing field by spreading an even amount of soil across the moguls and divots. You must pour it where it’s needed and fill in the gaps.

Absent a well-crafted amendment that allows New Hampshire to better target aid to those districts most in need, many students will continue to struggle, running uphill and tripping in holes unlike their peers with a head start.