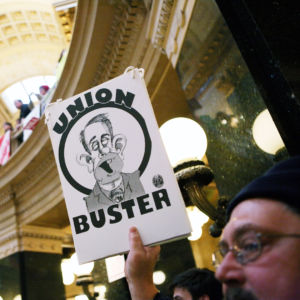 New Hampshire’s right-to-work bill is poised to pass the Senate Commerce Committee soon, after hours of testimony Tuesday, primarily from union members and leaders opposing the legislation. Republican leaders hope to finally pass the legislation this year, more than thirty-nine years after it was first proposed.

“Right to work” is shorthand for legislation that prohibits employers from requiring employees to join or pay fees to a labor organization. Twenty-seven states have enacted similar legislation, and nine states have amended their constitutions to protect what proponents call the employees’ “freedom of association.”

In the 2018 landmark Janus v. AFSCME (American Federation of State, County, and Municipal Employees), the United States Supreme Court ruled that public sector employers could not mandate compulsory agency fees as a condition of employment. In that case, the agency fees were mandated of employees who declined to join the union bargaining collectively on behalf of employees.

“We’re all pretty familiar with this,” said Senator John Reagan (R-Deerfield), introducing the bill. “The tremendous number of people against this are riled up by union leaders,” he told the committee.

“Keep in that in mind when you have thirteen pages of opposition,” Reagan said. “They’ve been asked by people who are rewarded magnificently by union dues, but the people who are the beneficiaries [of right to work] have no voice here because they don’t know yet who they are.”

Senator Kevin Cavanaugh (D-Manchester) declared a conflict as a board member of the AFL-CIO NH, but he refused to recuse himself.

“Why now?” he asked Reagan, arguing that New Hampshire is in the middle of a pandemic, an event that’s called for extraordinary effort from first responders. “Seems like poor timing to me,” Cavanaugh said. “We’re trying to protect these front-line workers.”

“Unions give a voice to the people,” Cavanaugh continued. “People who might be nervous about speaking up to their boss, their employer. They have that voice for protection of job safety.”

“I don’t see how this bill interferes with that,” Reagan responded. Under the bill, employees could still join a union voluntarily. Following the Janus decision, the AFSCME lost 98 percent of its forced agency fee participants but kept 94 percent of its members.

“Good unions don’t need forced dues, and bad unions don’t deserve them,” said McKayne Boedeker, executive director of Citizens for Right to Work. Testifying in support of the bill, Boedeker said, “this would guarantee the rights of workers to decide whether a labor union has earned their financial support.”

And Greg Moore, state director for Americans for Prosperity New Hampshire, pushed back on arguments that a right-to-work law would interfere in workers’ associations with each other and their ability to collectively bargain. “The real interference is when a union certifies that they should represent all employees. Right to work interferes less than the existing law at the federal level,” Moore said.

And the state’s Business and Industry Association also backed the bill. “This is an extraordinary economic development opportunity for New Hampshire to separate itself from every other state in the Northeast,” said David Juvet, senior vice president of public policy for the business association. “Passing this bill puts New Hampshire on the map for employers around the country who will only consider locating or expanding in ‘Right to Work’ states,” Juvet added.

As expected, union leaders and members disagreed. “It is completely disingenuous. It forces organizations, unions, to represent people without payment. That is un-American.” John Buonopane, president of United Steelworkers Local 12012, told the committee.

Perhaps the most unusual opposition to the right-to-work bill came from Asma Elhuni, movement politics director for Rights and Democracy New Hampshire. She called the bill “dangerous” and declared: “This bill is racist.”

In fact, labor unionization was long used to exclude people of color from jobs or to avoid forcing white workers to compete with less expensive competition from black and brown workers.

“The Negro worker’s historical experience with organized labor has not been a happy one,” wrote Herbert Hill, the labor director of the NAACP, in 1959. “Trade unions practice either total exclusion of the Negro, segregation (in the form of ‘Jim Crow’ locals or ‘auxiliaries’), or enforce separate, racial seniority lines which limit Negro employment to menial and unskilled classifications.”

Elhuni offered no evidence to support her claim.

In a statement after the hearing, Cavanaugh denounced the bill. “So called ‘Right to Work’ legislation has always been wrong for New Hampshire. Today we heard from Democrats, Republicans, elected officials, active and retired workers, and members of the public who agree that this bill has no place in New Hampshire. SB 61 does nothing to encourage the creation of new jobs and instead silences the voices of hard-working Granite Staters by limiting the ability of our labor unions to negotiate for higher wages and safer working environments. I urge my colleges to oppose SB 61 and support our workforce.”

The state senate is expected to pass the bill at an early February session. Republicans again hold 14 of the 24 seats in the upper chamber that passed the bill 12 to 11 during the ’17-’18 biennium.

Its fate in the House is much less certain. The GOP only holds a 13-vote majority, and in past years more than 30 Republicans have voted against right-to-work measures. Senator Reagan told NHJournal, “The numbers are there to pass. The will to follow the Republican line may not be.”

Paid for by Tom Cotton for U.S. Senate