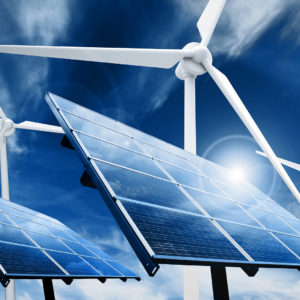 The Analysis Group just released their review of the effects of the Regional Greenhouse Gas Initiative (RGGI), and they give it an A+.  They claim greenhouse gas emissions are falling, the state economies are growing, and renewable energy is on the rise.  RGGI must be working, right?

Only if you grade on a curve.  When you check the math, you’ll find that RGGI has no impact on emissions, has had minimal impact on improving energy efficiency, and done very little to increase wind and solar power generation.

What RGGI has done is put upward pressure on electricity rates which, in turn, has driven energy intensive businesses out of the RGGI region—along with the good-paying jobs those businesses supply.  In New Hampshire, for example, the loss of these high-wage jobs has reduced real medium household income by almost $2,000 a year, while increasing electric rates.

How can the facts be so far from the Analysis Group’s reporting? Let’s check their assumptions.

RGGI works by forcing power plants to pay for emission allowances in quarterly auctions.  The one point we all agree on is the cost of those allowances gets passed on to electric distributors and then onto ratepayers.  Between 2015 and 2017, those auctions collected about $900 million dollars—once again, all from the pockets of customers.

In their report, the Analysis Group (a paid consultant for RGGI, Inc.) assumes $800 million of that money is invested in local economies where it is leveraged by indirect and induced affects into $1.4 billion of economic impact.  But they’re using gross figures, not net.  They don’t account for the economic impact of that $800 million if it had been saved or spent by the electric customers themselves.  If the $800 million had been dropped into the economy from the sky, their analysis would be accurate. But it didn’t. The money came directly from local businesses and consumers in RGGI states who would have spent, saved or invested it themselves, thereby adding to economic growth.

That net number, alleged RGGI growth minus the loss of economic activity from ratepayers and customers, is nowhere to be found.

The other assumption is the RGGI invested revenue more than offsets the costs leading to electric bill savings, thus justifying the $1.4 billion impact estimate.  They assume energy efficiency investments should lead to lower demand, and lower demand should result in lower electric prices.

The problem with this assumption is lower electric demand can actually lead to lower power plant operating efficiencies.  For example, coal-fired power plants pay a higher RGGI allowance because they release about twice as much carbon dioxide as natural gas for each unit of electricity produced. These power plants were designed to run almost all the time.  An analysis of power plants in two RGGI states shows operating hours fall as the plants are less competitive, the plants stop and start more often, and efficiency has fallen 16 percent The result is higher costs and emissions.

Furthermore, energy efficiency doesn’t show up in a state-by-state analysis of energy intensity.  Energy Intensity measures the amount of electricity needed to support a dollar’s worth of economic production.  Between 2007 and 2015, energy intensity only improved 9.6 percent in RGGI states. In comparable states outside the RGGI agreement but with similar energy policies, it improved by 11.5 percent.  Electric demand has fallen in RGGI states, but the reduction can be traced to lower industrial demand from companies that left the region, taking jobs and $30 billion of business revenue with them.  Similarly, the comparison states created twice the amount of new in-state wind and solar generation as the RGGI states.

Even if you assume that RGGI spending is the engine behind improved energy efficiency or expanded renewables, there’s still a math problem: Relatively little of the RGGI tax revenue has been spent on energy.   For example, the New Hampshire program spends only 25 percent of revenue on energy efficiency with the rest given as electric customer rebates.  Connecticut and New York have re-directed large sums to their general funds, and Delaware simply hasn’t spent most of the money.   It’s hard to credit progress to dollars still sitting in the bank.

The Analysis Group also stated the RGGI states saved a billion dollars in fuel purchases thanks to lower energy generation.  Unfortunately, while these states generated less energy, that doesn’t mean they used less.  Instead, their imports of out-of-region electricity doubled from 7 percent to 14 percent between 2007 and 2015.  And less energy generated also means less energy to sell. As a result, New Hampshire has lost about half a billion dollars of electricity exports to other New England states. That means lost revenue and lost jobs.

When I began my independent analysis, “A Review of the Regional Greenhouse Initiative’, published in the peer reviewed winter 2018 Cato Journal, I expected to find some emissions savings for RGGI states as compared to other, comparable states.  I expected the debate would be over how big those savings were and whether they would be worth the price of distorting the energy market.

Instead, I found essentially no emissions savings can be attributed to RGGI.

The RGGI emission reductions were duplicated in the comparison states—and across the US.  Emissions cuts have come primarily from lower coal use.  I found 70 percent of the emission savings came from coal’s inability to compete with lower cost natural gas.  The other 30 percent can be attributed to US Environmental Protection Agency regulations that required expensive pollution controls be added to coal-fired power plants.  It just wasn’t worth investing in older, smaller power plants and, as a result, emissions fell.

The RGGI program is being extended from 2020 to 2030 with another 30 percent emission reduction goal, and up to six times higher allowance cost planned.  New Hampshire already met the 2030 emissions goal in 2016.  The RGGI program hurts New Hampshire’s economy with lost business, lost high paying jobs, lost income, and lost tax revenue.  After a decade there is no apparent environmental benefit from RGGI, and there has been a minimal impact on energy efficiency, and wind power.

New Hampshire’s elected officials should consider the impact on local businesses and residents, already burdened by the 3rd highest energy costs in the US, and ask themselves if it’s time to issue RGGI a failing grade and get out.