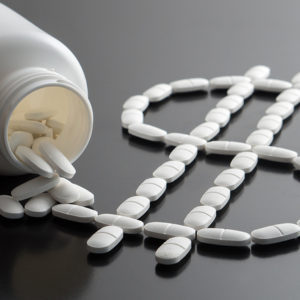 An eBay-style prescription drug purchasing process passed the New Hampshire Senate Tuesday with unanimous support, and projections that it will save up to $22 million a year.

A study released Monday by the Josiah Bartlett Center for Public Policy (JBC) found that switching to an online reverse auction for the state’s PBM contract can save New Hampshire taxpayers up to $22 million a year.

The study by Dr. Wayne Winegarden, director of the Center for Medical Economics and Innovation at the Pacific Research Institute, put the estimated annual savings between $17.8 million and $22.2 million.

“This new process works because it creates transparency and it puts competition to work for consumers,” Winegarden told NHJournal. “You know that TV commercial that goes ‘when lenders compete, you win?’ Well, it’s the same for prescription drug contracts, too. We saw a 25 percent savings year over year when New Jersey went to this system, and we expect similar results in New Hampshire.”

According to the JBC, New Hampshire used a traditional Request for Proposal (RFP) process when it signed a three-year, $212.5 million PBM contract with Express Scripts in 2018. “Using an online reverse auction rather than a traditional RFP process could have saved the state tens of millions of dollars over the life of the contract, this analysis shows.”

Advocates for online reverse auctions claim they’ve saved governments and private businesses billions of dollars on everything from drug prices to energy contracts.

The PBM Accountability Project of New Hampshire brought together a bipartisan coalition of labor, business leaders, patient groups, healthcare providers and municipalities to advocate for prescription drug purchasing reform. It created some strange political bedfellows along the way.

“We may not agree with the Josiah Bartlett Center on most issues, but on this, we see eye to eye,” said New Hampshire AFL-CIO President Glenn Brackett. “This reverse auction creates real savings that Democrats, Republicans, labor, and business leaders can rally around. With a reverse auction conducted through state-of-the-art technology and real-time verification of PBM bills, we have an opportunity to ensure that Granite Staters pay no more than absolutely necessary for their medications.”

Also in support was Kate Luczko, president and CEO of the Greater Nashua Chamber of Commerce.

“It’s not often that legislation enjoys such diverse support, and that’s because the reverse auction concept makes sense and has proven to be a substantial cost saver. Implementing a PBM reverse auction is a win for everyone and is especially important at this time, given the economic challenges we all face due to the COVID-19 epidemic.“

The bill next goes to the House of Representatives for a concurrence vote, which requires a simple majority, on June 30.