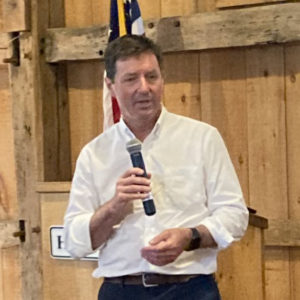 The widely-respected FiveThirtyEight data analysis website has released its forecast for the Granite State governor’s race, and it’s not a positive prognosis for Dr. Tom Sherman:

“Sununu is very likely to win New Hampshire’s election for governor.” [emphasis in original] In fact, they put the odds of a Sen. Sherman victory at “less than 1 percent.”

Gov. Chris Sununu is seeking a fourth term in the state’s top job, and if he succeeds, he’ll be the first Republican to do so, matching the record set by popular Democratic Gov. John Lynch (2005-2013). And according to FiveThirtyEight, a center-left website, Sununu has a 99 percent probability of victory.

Asked about the FiveThirtyEight finding, Sununu’s longtime political advisor Paul Collins replied, “Who are we to dispute their projections?” 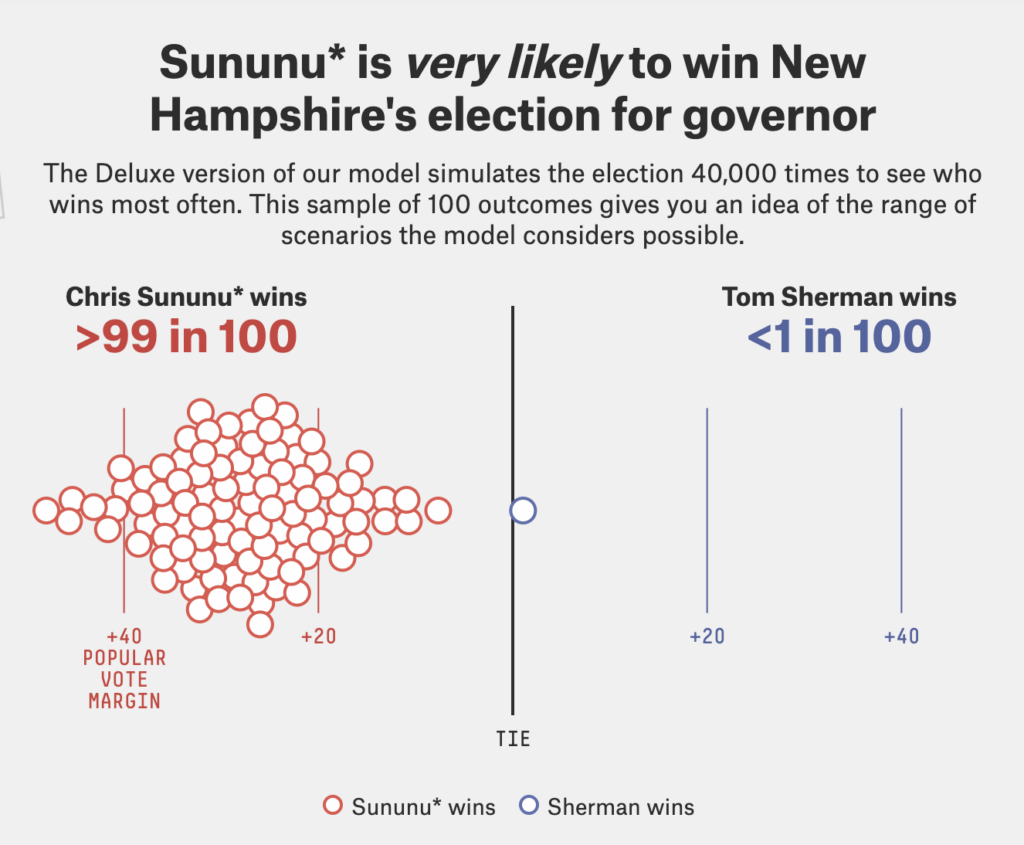 Granite State Democrats have struggled to find competitive contenders to take on Sununu, and Sherman is the third current or former state senator in a row to take him on.

And the website has some good news for Democrats as well. It gives incumbent Rep. Chris Pappas a 58 percent chance of beating Republican Matt Mowers, and Sen. Maggie Hassan 72-28 odds at beating Gen. Don Bolduc. Why Bolduc?

“This is FiveThirtyEight’s best guess as to who the nominee will be based on an analysis of incumbency, polls, fundraising, previous experience and endorsements,” the site says.

In the Second District, FiveThirtyEight has Rep. Annie Kuster matched against Republican Bob Burns and gives her 78-22 odds of winning. But the entrance of popular Keene Mayor George Hansel, a more moderate GOP candidate who has Sununu’s endorsement, may change the calculations in that race.

Despite the odds, Sherman has remained on the attack (His campaign declined to respond to a request for comment regarding the FiveThirtyEight findings.) And the Union Leader reports Sherman has raised $820,851, which is about $7,500 more than Sununu. Democrats are pinning their hopes on the abortion issue to change the state of play in the governor’s race, and Sherman has staked out a maximalist position — opposing any restrictions on abortion at any point during the pregnancy.

Thus far, however, early polling shows the impact of abortion on the November midterms is likely to be relatively modest — certainly not enough to overcome the kind of odds FiveThirtyEight is projecting.

Both the Sherman campaign and the New Hampshire Democratic Party declined to comment.