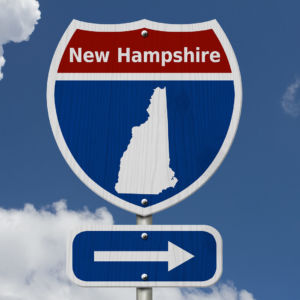 All people are created equal and every vote counts. But a new analysis of population size, the Electoral College and bipartisan voting says New Hampshire votes count more than others.

The breakdown by data analysts at Wallethub ranks Granite State voters the ninth most powerful in the nation when it comes to picking the president, and number 15 in U.S. Senate voter power.

“In a presidential election, voter power varies widely by state. While all votes are theoretically counted equally — one person, one vote — the choices of swing-state citizens are more influential,” according to Wallethub.

They list Alaska, Iowa and Ohio as the three states with the highest “Voter Power Scores” in presidential races, while Virginia, New York and California are at the bottom of the influence list.

Wallethub calculates their rankings using the state’s voting-age population and its “swinginess” — the odds the state can be flipped between candidates of the two parties, as opposed to a solidly red or blue state.

Thanks to the Electoral College, voters in lower-population states tend to have more voting bang for the buck. In 2016, the states with the fewest voting-age residents per Electoral College vote were Wyoming, Vermont, Alaska and North Dakota. The states with the most voters — and therefore least individual power — per EC vote were Florida, North Carolina and Pennsylvania.

This is one reason some political figures, like New Hampshire’s Sens. Jeanne Shaheen and Maggie Hassan, support re-writing the U.S. Constitution to eliminate the Electoral College system.

But it’s not just New Hampshire’s relatively small population that makes it an outsized political player. It’s the willingness of the state’s voters to split their tickets between Democrats and Republicans.

Ironically, New Hampshire has backed the Democratic presidential candidate in every election going back to 1992, with just one exception: George W. Bush in 2000. But it’s also true that Republican Donald Trump came within 2,800 votes of winning the state in 2016.

As for the U.S. Senate, the two-per-state system is designed specifically to protect the interests of small states like New Hampshire. Progressives pushing to eliminate the Electoral College are also discussing an end to the current U.S. Senate as well. One plan would give every state just one senator, then distribute the other 50 based on population.

With a top 10 ranking, the current system has been very good to the small state of New Hampshire. Why do so many of the state’s big-name Democrats want to dump it?