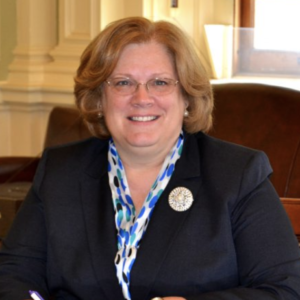 State Senate Judiciary Committee Chair Sharon Carson (R-Londonderry) has a message for conservatives worried about pro-life and pro-religious liberty legislation before her committee on Tuesday: “We’re going to get our work done.”

For days, rumors have been swirling in conservative circles, both at the legislative and grassroots levels, that four high-profile bills were in danger of being re-referred by behind-the-scenes politics. Carson wouldn’t predict how each bill would fare when the committee votes, but she said nobody was going AWOL.

“We’ve been busy,” she told NHJournal. “We’ve got 24 bills to get through committee.”

The legislation in question includes the Religious Liberty Act (HB 542), the Civil Liberties Defense Act (HB 440), and two bills providing protections to viable unborns — a ban on abortions after 24 weeks unless there is a medical emergency (HB 625); and the Born Alive Act, which makes it illegal for a doctor to deny newborns life-saving care if they survive an abortion (HB 233).

Senate sources tell NHJournal there is genuine uncertainty about the fate of this legislation, which has already passed the House. And they say Gov. Chris Sununu has been quietly influencing the process, which some Republicans believe is an attempt to keep problematic issues out of the state budget.

One bill the committee has focused on is the Religious Liberty Act, which is strongly supported by Cornerstone Action, a Christian advocacy group that worked with, advised, and represented churches around New Hampshire on issues pertaining to COVID-19.

“The real innovation of the Religious Liberty Act is that it adds clear protections for churches in states of emergency,” said Ian Huyett, Cornerstone Action’s legal counsel and director of policy. “A second thing the bill does is take general protections for religious liberty, which we already have under state constitutional law, and codify them in state statute.”

The bill also codifies what’s known as the Mack decision. “It interprets Part 1, Article 5 of the New Hampshire Constitution, also known as the state’s Free Exercise Clause. This clause protects religious liberty: the freedom of individuals and religious organizations to practice their faith,” according to a statement from Cornerstone.

Both Democrats on the committee are expected to oppose these bills. Sen. Jay Kahn (D-Keene) told NHJournal, “We’re going to make a lot of news tomorrow,” but declined to comment on the fate of the bills or any strategies inside the committee.

Kahn did say he plans to vote against the 24-week abortion ban.

“I support the woman’s right to choose and the doctor’s right to treat his or her patient,” Kahn said when asked if he supports abortions after 24 weeks of pregnancy. Asked if he supported any limits up to the day of birth, Kahn said, “I support that there are instances where a woman and her treating physician have the right to determine the best course of medical attention.”

Whatever the Judiciary committee decides, the language then goes to the full Senate and eventually to reconciliation with the House. Most House Democrats have already cast potentially problematic votes like supporting abortion past the 24th week of pregnancy and denying civil rights to worshippers that are available to others.

Now their Senate colleagues will be asked to do the same.