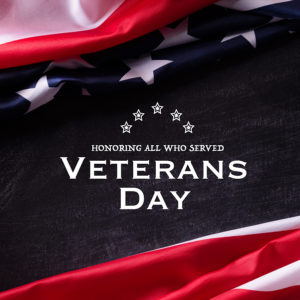 November 11 is both Veterans Day and the 100th anniversary of the Tomb of the Unknown Soldier, the solemn landmark at Arlington National Cemetery honoring military personnel killed in action who have never been identified. Since 1999, a vacant crypt on the grounds has honored missing service members from the Vietnam War.

The quiz below, from the Ashbrook Center at Ashland University, Ashland, Ohio, provides an opportunity for you to test your knowledge of Veterans Day and the Tomb of the Unknown Soldier.

1. What was Veterans Day originally called?

2. In what year was the name changed to Veterans Day?

3. Starting in 1971, after the Uniform Holiday Bill was passed moving federal holiday observances to Mondays, Veterans Day was observed on different dates. What president signed the legislation returning the annual observance to its original date?

4. Why is Veterans Day always observed on November 11, rather than on a Monday, like other national holidays?

A. The World War I ceasefire was signed on the 11th day of the 11th month

B. The Allies won the First Battle of Ypres on November 11

C.  The last World War I soldier returned home on that date

D. The Battle of the Somme ended on November 11 after 141 days

5. According to the Department of Veterans Affairs, there are approximately how many veterans living in the United States today?

6. Which U.S. state is credited with being the home to the most Medal of Honor recipients?

7. In proposing legislation to create the Tomb of the Unknown Soldier in 1921, which congressman said, “It is hoped that the grave of this unidentified warrior will become a shrine of patriotism for all the ages to come, which will be a source of inspiration, reverence and love of country for future generations”?

A. William A. Ashbrook of Ohio

B. Champ Clark of Missouri

8. Which U.S. president officiated at the ceremony dedicating the Tomb of the Unknown Soldier?

9. In addition to the Tomb of the Unknown Soldier, Arlington National Cemetery also houses a Tomb of the Civil War Unknowns. Of the 2,111 unidentified soldiers buried there, 1,800 were recovered from which battlefield?

10. Which former general said, “The highest obligation and privilege of citizenship is that of bearing arms for one’s country”?

Jeffrey Sikkenga is executive director of the Ashbrook Center at Ashland University, Ashland, Ohio. He wrote this for InsideSources.com.