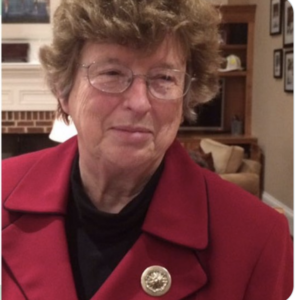 Good news? Not quite. Porter is a Democrat. And a progressive one at that.

In 2018, New Hampshire Journal identified 10 Democrats who represented solidly red districts while maintaining their deep-blue voting records. Only one of the 10, Bedford’s Rep. Sue Mullen, is still in the Statehouse.

Two years later, in part due to the Republicans’ success, there are only five “Progressive Pioneers” in the House. In addition to Mullen and Porter, they include Caroletta Alicea in Merrimack’s 8th District; Timothy Fontneau in Strafford’s 7th District; and Edith Tucker in the Coos 5th District.

The five incumbent representatives mostly stuck to the party line with their votes in the past legislative session, when they voted, though there are exceptions. Porter and Alicea both missed a significant chunk of time early in the year, much of it reported as unexcused.

What makes these reps so politically fascinating is their willingness to cast votes they know are unlikely to be popular in their districts. For a national parallel, think of U.S. Sen. Joe Manchin, a Democrat representing a state Trump overwhelmingly won. If he chose to vote in line with Rep. Alexandria Ocasio-Cortez, it would likely raise eyebrows.

North Country Rep. Tucker was the only representative to respond to requests for comment. Her Coos County district encompasses four small towns and tends to lean conservative, she said. She is unworried that Trump won her district, as politics at the presidential level don’t really translate to the local level, she said.

“I don’t worry about that as much as perhaps I should,” Tucker said.

And she cast one of the few votes in the group counter to her party’s majority. Both Tucker and Fontneau voted in favor of HB 69, the “Live Free or Die” bill. The law prohibits the state or any other entity from banning the display of the national motto or state motto in schools. Democrats overwhelmingly voted against protecting the state motto.

“It seemed to me to be such an odd thing to vote on,” Tucker said.

Tucker tries to keep up with what the Democratic Party is doing, but she will go her own way when she wants to, she said. “I always try to find out what the party is thinking, but I’m probably more conservative. It’s partly the district, and partly who I am.”

On the rest of the key votes in the NHJournal analysis, all four Democrats voted with their party:

Both Tucker and Fontneau voted against HB 625, which bans abortion after 24 weeks. Alicea and Porter are marked as not voting with unexcused absences.

Tucker, Porter, and Fontneau voted against HB 197, which expands the right to use deadly force in self-defense against someone in a vehicle. Alicea is also marked as not voting with an unexcused absence for that roll call vote.

Neil Levesque, chief of staff and executive director at the  New Hampshire Institute of Politics at Saint Anselm College, said the split between the presidential election results and the local district results has less to do with party identification than it does with personalities.

“Sometimes a particular candidate has an appeal that breaks across party lines,” Levesque said. “There are a lot of towns that flip back and forth, depending on the candidate.”

Individual candidates have more appeal to most voters than either political party, he said. Trump had a lot of support among conservative-leaning Democrats who are otherwise happy with their local Democratic representation. Conversely, Gov. Chris Sununu has strong appeal across party lines, as well. He managed to win Concord, the home district for his progressive 2020 gubernatorial rival, Dan Feltes, Levesque said.

Based on political history, New Hampshire’s legislative Democrats are likely to struggle next year, regardless of their individual voting records. The party that controls the White House tends to do poorly in the first midterm. That was certainly the case for President Trump’s GOP in 2018 when Democrats took control of the legislature. And President Barak Obama’s Democrats were devastated in 2010, losing 114 seats and control of the New Hampshire House, too.

Not so fast, say Granite State Democrats. Majorie Porter was elected during the 2010 GOP wave and has been in the House ever since. And while Mullen may have been an outlier before,  she just helped elect a second Bedford Democrat, Rep. Catherine A. Rombeau, in a special election earlier this month.