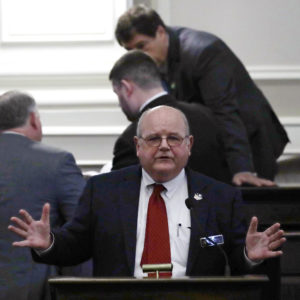 New Hampshire’s part-time legislature is entering the homestretch of committee votes prior to the start of the 2018 legislative session. As lawmakers prepare to decide which issues and bills they will take up for debate next year, NH Journal looks back on several recent, but important, committee votes and what they mean going forward.

Perhaps the most controversial bill up for a committee vote this fall was one regarding school choice, which passed the House Education Committee by a 10-9 vote.

The proposal would allow parents to use their tax money to send their children to schools out of their district, including to private schools. The bill received two votes in the General Court last year but did not advance to a full floor vote, which will now happen after it secured committee approval.

Advocates see the measure as a way to expand educational opportunities for children and their families in New Hampshire, while opponents demanded restrictions be put in place to assure the money is being allocated properly.

The bill gained a major supporter just prior to the vote: Gov. Chris Sununu, who held a press conference with NH Scholarship Fund and Ed Choice to endorse the bill. Sununu issued a press release after the bill’s passage through committee:

“Last week we heard from families like the Encarnacions, who discussed the life-changing opportunities that education freedom allows,” Sununu wrote. “Today, the legislature listened. New Hampshire has signaled to families that we are focused on the kids. This is the first step in ensuring that New Hampshire’s education system continues to be on the forefront of innovation, giving parents and children the ability to choose the education path that is best suited for them, closing the opportunity gap and opening pathways like never before, regardless of economic status. Politics were put aside today, and I applaud the House Education Committee for reaching a bipartisan compromise that puts New Hampshire families first. We will continue to champion this groundbreaking legislation and will work with other members of the legislature as this bill moves through the process.”

While New Hampshire officially decriminalized marijuana in 2017, pro-cannabis advocates will have to wait until next year to push for legalized commercial marijuana.

HB 656, which would have created a regulated, legal marijuana market for adults over the age of 21, was defeated in the Criminal Justice and Public Safety committee. The defeat was not unexpected as critics of legalization who voted in favor of decriminalization earlier this year saw the measure as pushing too far, too quickly.

It is expected the state will examine the results of decriminalization, as well as a legislative commission tasked with analyzing a potential commercialized marijuana market, prior to taking up a legalization measure in the future.

The debate over a legal, commercialized marijuana market in the Granite State has brought out several large advocacy groups pressing for each side, including New Futures, the Marijuana Policy Project and the New Hampshire Chapter of the American Civil Liberties Union.

As shown in the two-to-one vote in the Labor, Industrial and Rehabilitative Services Committee, paid family leave has generated wide bipartisan support in the legislature.

Advocates see the measure, which would establish a system providing paid family leave for up to 12 weeks through payroll deductions, as a sign of progress for New Hampshire. Previously, the Granite State lacked a structured temporary disability insurance system, but now might embrace a plan which aims to benefit young families looking to work here.

Late last month, the House Health, Human Services and Elderly Affairs Committee voted down a measure which would have prohibited conversion therapy on minors.

While the proposal was defeated in 2017, the issue has been debated for years dating back to 2015, which makes its reemergence in 2018 likely. If it were to pass in the legislature next session, New Hampshire would join nine states and the District of Columbia in banning a practice the American Psychological Association has deemed unethical.

This bill is expected to pass with an amendment, which has supporters excited to see it enacted.

The proposal would mandate municipalities follow the state Department of Revenue Administration assessment for “valuing and taxing utility property.”

While likely to see revisions to the legislation, business leaders and heads of municipalities in support of the plan have said the core to the proposal would remain in tact.