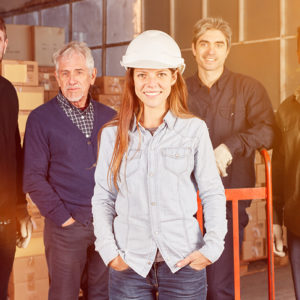 REAP: Right to Work is Right for New Hampshire

With a vote on Right to Work legislation on the calendar this week, New Hampshire House members have a remarkable opportunity to distinguish our state as a beacon of economic – and employee – freedom.

To be clear, the right of a worker to form, join, participate in, or financially support a union is a fundamental right that should never be infringed upon. However, the same is also true for a worker who decides to make a different choice. The right to exercise such a choice is the essence of economic freedom. Right-To-Work protects both rights.

By voting in favor of SB 61, House members will be sending an unmistakable message that Granite Staters cannot be forced to join a union just to keep a job, nor be required to pay dues to an organization they do not believe in.  In one of the freest states in America, voting in favor of Right-To-Work will create even greater freedom, allowing workers to freely decide whether to join a union.

The justifications or purposes for joining a union – wages, benefits, work schedules- are not exclusive to their domain. We are fortunate to have one of the most highly educated, best-informed workforces in America, able to make their own decisions about what is right for their economic future. At the same time, unions are more active than ever communicating their value to their membership, as they should.

Now is not the time for tired talking points that union membership will plummet if Right to Work passes. This is fearmongering and speaks to the panic of union bosses who have chronically failed to convey the value and benefit they provide their members. It would be far better for unions and employees alike if instead, union leaders used this opportunity to compete and better communicate the value they believe they provide.

The Associated Builders & Contractors represents over 250 contractors and industry-related businesses in New Hampshire.  Most workers in New Hampshire are non-union, with construction unions representing less than 10% of the workforce here, among the lowest in the nation.  That number is unlikely to change with right-to-work.

Any justification for joining a union ought to be sufficient for advocates to recruit and retain their members.  To imply that all the hard-fought work done by unions is the sole reason why we should protect their compulsory support is disingenuous to the overall conversation. Unions exist and thrive in states where Right-To-Work exists. Passing Right-To-Work gives private sector workers the same rights as public sector when it comes to making a choice.

By voting for Right-To-Work, House members will support a law that guarantees workers can seek employment without fear they will be required to join or pay dues to a union if they are hired. Such laws are not about eliminating unions and do not outlaw the right to organize. Americans have shown overwhelming support for right-to-work measures. Currently, 27 states have adopted Right-To-Work laws.

And no – these economic gains do not come at the expense of workers’ wages, Department of Commerce data shows per-capita disposable personal income in 2013 (adjusted for cost of living) was higher in Right-To-Work states than the national average, as well as higher than non-right-to-work states.

Now is the time for New Hampshire to light a beacon of economic freedom for the region and country to see and signal its commitment to the individual’s rights to liberty and choice.  Now is the time to pass Right-to-Work. We thank the Senate for its support of SB 61, and we urge House members to do the same this week. 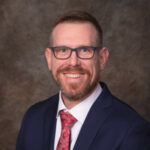 Joshua Reap is the President & CEO of Associated Builders & Contractors, New Hampshire/Vermont Chapter. The association represents over 250 construction companies and industry-related firms in the state.