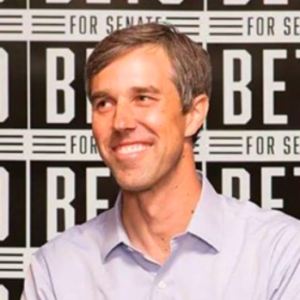 Earlier this week the progressive group MoveOn.org released results of a straw poll of its members on the 2020 potential Democratic lineup.  The outcome inspired a bit of media buzz when progressive rock star (complete with fog machine) Rep. Beto O’Rourke outpaced the entire field.

It turns out MoveOn.org isn’t the only progressive group polling its members. You can go to Democracy for America’s webpage right now and pick your top three 2020 candidates. DFA is a progressive group originally founded by Howard Dean and is best known today for its support of Rep.-elect Alexandria Ocasio-Cortez (D-NY). Their list, by the way, includes three people who just lost their own elections in 2018: Rep. O’Rourke, Georgia’s Stacey Abrams and Florida’s Andrew Gillum. 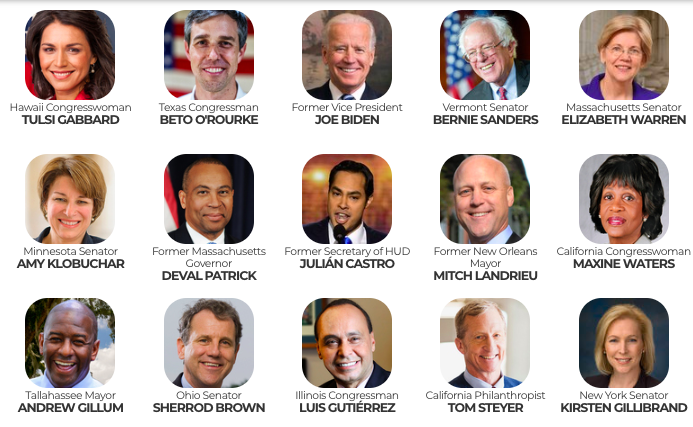 See the entire list of 2018 potential candidates by clicking here

Meanwhile the far-Left group People’s Action has announced they’ll be polling their members in 2019, and they are already organizing candidate forums–including one in Durham, NH on October 14 hosted by their local arm, Rights & Democracy NH– to push POTUS candidates towards progressive issues.

Thrilled to announce we will be co-hosting a Presidential Candidate Forum in Durham NH on October 14, 2019 with @PplsAction & @NHYouthMovement! #nhpolitics #2020election https://t.co/Q7qwuVVC09

And liberal billionaire Tom Steyer’s organization NextGen America is also powering up, both the support his now-likely candidacy and to pressure candidates to embrace far-Left positions like carbon taxes and socialized medicine, as well as their insistence that Democrats must impeach President Trump.

All of these efforts motivate the base to get involved. Doing well in these early progressive polls is a good way to give your candidacy a push among primary voters. And in the Ocasio-Cortez era, attending these events is all but mandatory.

At the same time, the motivated base in turns “motivates” candidates to embrace the party’s more out-of-the-mainstream policies.  And thus far, running for president on the far Left has proven a losing strategy. President Barack Obama governed as a liberal progressive, but during the campaign he went to great lengths to avoid the label–claiming to oppose both a single-payer healthcare system and legalizing same-sex marriage, for example. The last politician to run as a full-throated liberal on a major-party ticket was Walter Mondale (maybe) and George McGovern (definitely).  They each carried one state.

But with progressive “voting” starting today, and after a year’s worth of MoveOn/DFA/OFA/People’s Action organizing, by the time the FITN primary rolls around, there may not be any moderates left.