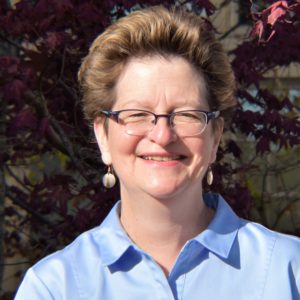 ‘Progressive Pioneers’ in Red Districts Got Wiped Out

Last April, NHJournal highlighted ten “Progressive Pioneers” in the New Hampshire House, swept into office in the 2018 #BlueWave to represent GOP-leaning districts. as we reported at the time, these Democrats declined to moderate their political positions to reflect the politics of their district, instead casting votes in favor of higher taxes, bigger spending and unpopular social issues.

Two years later, only one of those Democrats will be returning to the State House.

Sue Mullen of Bedford is the sole survivor– not that the local GOP gave her a pass. They blanketed the town with 4-foot by 8-foot signs highlighting Mullen’s pro-tax record.

All of these Democrats supported increasing the business profits/business enterprise taxes and creating a first-ever New Hampshire state capital gains tax, which put them at odds with pro-business Republicans back home. Not a single one of these progressives voted to ban “sanctuary cities” in New Hampshire, which polling shows is wildly-unpopular among Republicans and independent voters.

What makes their voting record so impressive is that Speaker of the House Steve Shurtleff said, both publicly and behind closed Democratic doors, that he wanted his members to feel free “to vote their districts and vote their conscience.” These red-district Democrats could have skipped some of these tough votes, or even reached across the aisle on behalf of their GOP-leaning constituents. Instead, they put their ideology-driven politics on the record – and in nearly every case it came back to bite them.

For example, they all supported the net metering bill, despite predictions it would increase electricity costs in New Hampshire— where consumers and businesses already pay some of the highest rates in the country.

In the 2018 election Mullen won the top spot as a well-known and popular local in Bedford. This year, she slipped to fourth place out of six — perhaps a sign that voters had taken note of her progressive politics.

In Laconia, on the other hand, Charlie St. Clair lost re-election. St. Clair is the Executive Director of the Laconia Motorcycle Week Association, the group that runs “Bike Week,” and is well-known and popular in his own right. Travis O’Hara – a first-time candidate – defeated St. Clair by running on the New Hampshire Advantage and targeting St. Clair’s pro-tax politics. O’Hara also had the help of outside groups like Young Americans for Liberty.

The story is similar in New Boston where Donna Momborquette and David Woodbury got bounced by Gerry Griffin and Bill Foster. Griffin served in the House in 2017-2018. Foster ran in 2014 alongside Bill O’Brien and lost. This will be his first term in the House.

The Hillsborough County Republican Committee reports campaigning for all 64 local Republican candidates with mail and digital messages highlighting the Democrats’ pro-tax voting record. A representative for the Committee tells NHJournal their goal was also to tie candidates to the popular Governor Sununu and push for defending the New Hampshire Advantage. 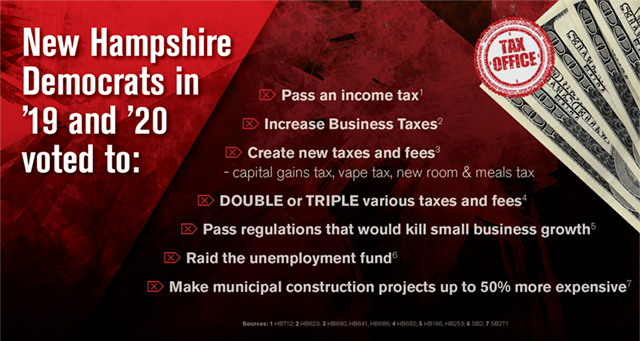 Reps. Eisner and Warner in Derry and Londonderry, respectively, also find themselves on the sidelines, and the GOP will hold all 17 seats for the 2021-22 session.

Goffstown, which had four Republicans and the one Democrat “Progressive Pioneer” Cole Riel for the previous session, is again represented by five Republicans. Cole Riel did not seek re-election.

Brookline’s Brett Hall also did not seek re-election, both of Brookline/Mason’s two seats went to Republicans. John Lewicke regained the seat he held in 2017-2018, and Diane Pauer picked up the seat vacated by Jack Flanagan (R-Brookline), who sought the County Register of Deeds office (unsuccessfully.)

In Wolfeboro – Edith DesMarais did not seek re-election, and both Republicans were victorious in the two-seat district. John MacDonald won re-election and will serve with Brodie Deshaies – an incoming freshman.