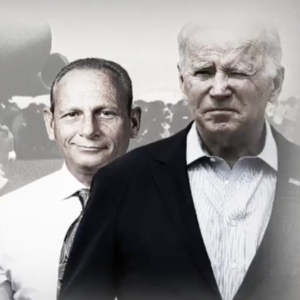 The GOP-backed political PAC promoting state Sen. Chuck Morse in the New Hampshire GOP U.S. Senate primary is turning its attention to frontrunner Don Bolduc in its new ad that hit the airwaves Wednesday. It is the first TV ad targeting Bolduc in this primary campaign.

The ad, paid for by the White Moutain PAC, casts the retired general as a “loser” in a potential race against incumbent Sen. Maggie Hassan (D) and recounts some of his more controversial statements: Accusing Gov. Chris Sununu of being a Chinese Communist sympathizer and saying the U.S. “should team up with the Taliban,” according to the ad.

Both public polling and private internal polls viewed by NHJournal show Bolduc with a lead in Tuesday’s primary, though sources close to the Morse campaign say the gap has narrowed to single digits. Other polls gave the general a much larger lead. Either way, Bolduc has led in every published poll of primary voters for months. And the few head-to-head polls showed he was about as competitive with Hassan as the rest of the field.

The Bolduc campaign says it is not worried about the new ad.

“No amount of money on negative ads from Washington D.C. PACs can erode the deep reservoir of support General Bolduc has earned from voters by campaigning the New Hampshire way,” said spokesperson Jimmy Thompson. “General Bolduc has held 50 town hall meetings across the state, listening and learning about the hopes, dreams, and fears of voters who are upset about the policies of the Biden-Hassan agenda, especially the never-ending COVID lockdowns.

“While the attacks from the establishment are disappointing, General Bolduc remains the clear favorite in not only next week’s primary, but also the race to replace Sen. Maggie Hassan in November.”

And Bolduc has his own ad pushing back against “career politicians.”

It is a powerful message for a Republican Party that has turned more populist, but it is also a message that will not be seen on TV. Instead, sources close to the campaign say they’ve focused their resources on digital marketing and radio. Bolduc’s strategy has been to use events for both voter contact and list building, then spending their money on digital targeting. The Bolduc campaign believes it will be enough to hold onto their lead.

Morse supporters are confident Bolduc’s support is soft, and it is largely based on name ID. They believe the pro-Morse TV marketing, followed by the new ad highlighting Bolduc’s downsides, will be enough to get midterm primary voters to dump Bolduc and move to Morse.

But even if they are right, the election is less than a week away. Is it too little, too late?

Veteran GOP strategist Karl Rove said Wednesday Morse is “absolutely” the only GOP candidate in the primary who can beat Hassan.

“Chuck Morse is a good conservative with sensible views,” Rove told Republican radio host Hugh Hewitt. “He’s the only one who can put it together in a general election.”

And, Rove said, the millions Democrats are spending to hit Morse in the primary prove they agree with him.

“Chuck Schumer is trying to nominate Bolduc by spending about seven or eight million dollars in the last two weeks of the campaign — in this little state in the northeast. It’s a sign of the desperation of the Democrats,” Rove said.