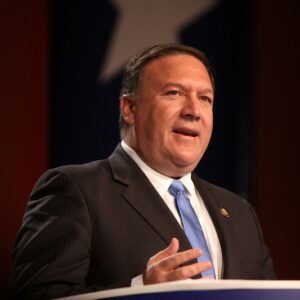 Former Secretary of State Mike Pompeo is heading to New Hampshire to help launch the National Campaign for Parental School Choice, just as the Granite State launches its own school choice initiative.

“I’m glad New Hampshire passed its law. It’s a really good step in the right direction, to deliver good education that fits the students and will deliver the next generation of American leaders in the way that we’ll expect,” Pompeo said.

“The thing that our Founders knew, we needed strong families in the United States. They know how to deliver what children need.”

Pompeo is speaking at the conservative Club for Growth’s kickoff event on Tuesday, August 31, at the Bank of New Hampshire Stage. The Club for Growth is partnering with national conservative leaders like Pompeo and former Secretary of Education Betsy DeVos to promote school choice.

“Families all over the nation are looking to provide their children with an exceptional education,” Club for Growth President David McIntosh said in a statement. “Club for Growth’s tour will increase awareness about this important issue while highlighting successful parental school choice programs in states like New Hampshire and Florida. Most Americans support parental school choice, and this campaign will ensure that momentum is not lost in the coming weeks and months.”

DeVos, a longtime choice advocate, said parents are ready to take control after a frustrating year of COVID-19 lockdowns and inadequate remote learning plans that left many students falling behind.

“Education freedom is the future. Students desperately need it, and parents across the country are demanding it,” DeVos said. “After enduring more than a year of union-driven school lockdowns, parents are more aware than ever before that their kids need the freedom, flexibility, and individualized education experience school choice provides.”

New Hampshire’s EFAs allow parents to choose education options other than public schooling. It puts an average of $4,000 per student into the hands of parents to pay for things like private school tuition, educational materials, or even homeschool curriculums.

Not everyone in New Hampshire is eager to see the EFA’s become a reality. Deb Howes, president of the American Federation of Teachers-NH, claimed the program would raise taxes and hurt public schools and students.

However, because the EFA program leaves local funding with local schools even after the student leaves, an average of around $10,000 per student, the net education dollars per pupil actually go up when students take advantage of the EFA program.

Many critics like Howes and NEA-NH President Megan Tuttle question the accountability of the EFA program. “The lack of oversight in New Hampshire’s massive new voucher expansion is stunning, but right on target with what (Gov.) Chris Sununu and Frank Edelblut intended all along,” Tuttle said.

As opposed to public schools where staff is answerable to an elected school board, Pompeo said there is accountability built into school choice.

“It’s where it should be — with the parents,” Pompeo said. “It is the parents who have the capacity to understand what their students truly need.”

Pompeo is considered a likely candidate in the 2024 GOP presidential nomination.

While this is the former secretary’s first visit to New Hampshire since the end of the Trump administration, he did make a virtual appearance on an online campaign event for GOP House candidate Bill Boyd in March. Boyd won that special election, replacing the late House Speaker Rep. Dick Hinch.