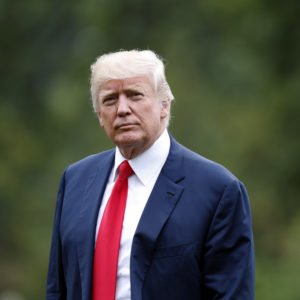 Poll: Trump Trails in Battleground States Like NH. Can He Bounce Back?

President Donald Trump has gotten rave reviews for his State of the Union speech, with more than 70 percent of viewers saying they approved of his performance. And, based on the latest state-by-state polling from Morning Consult, he needs all the help he can get.

According to the new numbers released Thursday morning, while President Trump’s approval rating stands at 41 approve/55 disapprove in the latest RealClearPolitics polling average, his numbers in some of the key battleground states he needs to carry in 2020 are even worse.

A good example is New Hampshire. In 2016, Donald Trump narrowly lost to Hillary Clinton 47.6 to 47.2 percent.  A shift of just 1,400 votes would have put the Granite State in Trump’s win column.

A similar story is unfolding in other states where President Trump won or lost a close election in 2016. In Maine, where the president lost the state but carried one of the two congressional districts, he’s underwater by 11 points. In Michigan, Wisconsin and Pennsylvania–all states Trump carried in 2016–a majority of voters now say they disapprove of his job performance. Even in Iowa, which Trump carried handily by nearly 10 points, Trump is now underwater by 14 points.

“President Barack Obama hit a record low of 41 percent in October of 2011 and went on to win re-election 13 months later,” says GOP consultant Mike Dennehy, who worked on the McCain presidential campaign. “Numbers will go up and down over the next 20 months but no one, and no candidate, should believe that President Trump will be easy to defeat for re-election in 2020.”

“I want through this in 2016, said NHGOP chairman Steve Stepanek. “Trump supporters just don’t talk to pollsters. Plus, we’ve got the New Hampshire Democrats running wild: An $800 million carbon tax, a new gas tax, rolling back planned cuts in the business taxes and even raising them again. Democrats can do a lot of of damage to themselves here in New Hampshire between now and Election Day.”

Dave Carney, a national GOP consultant based in New Hampshire, agrees that Democrats could be Trump’s secret weapon.

“The 2020 election is political years away. The Democrat circular firing squad has not even begun,” Carney says. However, he also concedes that “no doubt the Republicans have work to do.”

Still, polls like this are particularly bad news for Team Trump because they measure his standing in individual states.  The president’s supporters often dismiss his low national polling numbers, pointing out that America doesn’t hold national elections, it holds 50 state elections. But with Trump at or above 50 percent approval in just 14 states–with a net 109 Electoral College votes — that fact is cold comfort for Trump fans.

GOP strategist Seth Weathers, Trump’s Georgia State Director in 2016, says President Trump has “used a lot of his political capital working on major potential victories such as North Korea and the Wall. He has time to recover the spent capital, which I believe will pay huge dividends on Election Day.”