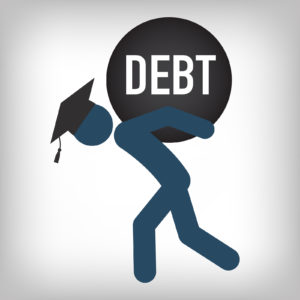 The president’s debt cancellation plan will help millions of borrowers who have fallen through the cracks of a broken higher education system.

Each year, the federal government makes billions of dollars available in loans to students pursuing a college degree or postsecondary credential. These loans are made under the guise of a higher education system that is still affordable and functional, includes a working and accurate repayment system, and provides access to high-quality institutions and a pathway to economic opportunity. But today’s outstanding student loan debt balance of $1.6 trillion shows this is no longer the case.

In his announcement last month, President Biden noted “that an education is a ticket to a better life … (but) over time, that ticket has become too expensive for too many Americans.”

The rising cost of college has outpaced inflation for decades, leading to a 63 percent increase from 2006 to 2016 alone. Moreover, investments in Pell Grants — financial aid for low-income students — have not maintained that pace, affecting higher shares of Black students who depend on Pell grants to attend college compared to their White peers.

According to the White House, the Pell Grant used to cover 80 percent of the cost of attending a four-year public college, but today it only covers 30 percent. As a result, low-income students and their families have turned to federal student loans to make up the difference. About 60 percent of student loan borrowers are Pell Grant recipients. And close to 90 percent of borrowers who have defaulted on their loans received a Pell Grant. It’s possible that Pell Grant recipients would not have had to borrow if Congress had done more to control college costs and maintained investments in grant and work-study aid.

The president’s plan to cancel a part of student debt will also help borrowers struggling with student loan repayment programs. Under income-driven repayment (IDR), a borrower can have their balance canceled after making 20 to 25 years of payments and have their monthly payment based on a part of their income. While IDR certainly reduced monthly payments, many borrowers continued to watch their loan balances grow because those payments were not enough to cover the interest on their loans.

Moreover, due to administrative failures, borrowers who had expected to see relief after two decades or more simply did not. And that’s true for the Public Service Loan Forgiveness program, where borrowers are entitled to have their balances canceled after working in the public sector for the equivalent of 10 years. And yet, after a 10-year waiting period, very few received that relief.

No one who takes on federal student loan debt expects to attend a low-quality institution that won’t help them succeed. For many borrowers, there is an inherent expectation that their dollars — taxpayer dollars — are going to quality institutions in the eyes of the federal government. But unfortunately, that’s not the case.

In part, the federal government relies on accreditors to help measure the quality of colleges and universities. But not all accreditors perform that task adequately, and it may prove difficult to remove them from the system entirely. For example, the Biden administration finally removed ACICS — the same for-profit accreditor tasked with overseeing schools like Corinthian Colleges and ITT — from the higher education system.

This action finally turns the page in this longstanding saga that stretches across multiple years and two administrations. But there are other chapters in the book of accreditor failures. The president’s debt cancellation plan has the potential to help so many students who attended low-quality schools and yet never reaped the economic rewards that a college education is supposed to bring, especially for those who never finished their degree or credential yet still owe a debt.

Considering the cost of the president’s cancellation action, some will say that it’s not a suitable use of resources. But our greatest resource as a country is not our money — it’s our people. President Biden’s plan will help 43 million borrowers — the overwhelming majority of whom make below $75,000. And the investments that we make in higher education equate to investments in opportunity for those students, their families and their communities — not to mention the broader U.S. economy. And the system is broken to uphold that system and must be fixed. President Biden’s plan to cancel student debt is the first step in a larger mission of upholding the promise of higher education.

Jared Bass is senior director for higher education at the Center for American Progress. He wrote this for InsideSources.com.