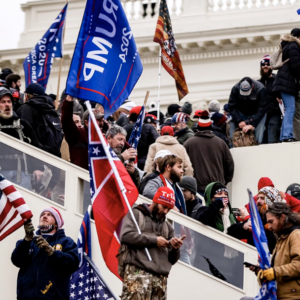 NHJournal reporter Chris Maidment was on the scene when NH House members pulled into Lot A at UNH for their first drive-in Convening Day session. He tells Drew Cline and Michael Graham about how the pro-Trump riot at the U.S. Capitol impacted the NH session.

Drew and Michael continue that theme, examining how NH politics, and the NHGOP in particular, will react to the violence, as well as its long-term implications for Trump and his influence on the party in the future.