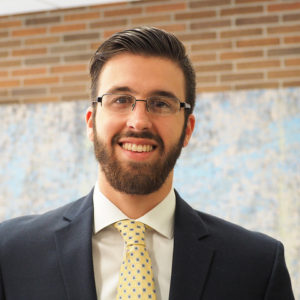 Posted to Education December 16, 2020 by NHJOpinion

Croydon, New Hampshire residents Dennis and Cathy Griffin sought to have their 12-year-old grandson Clayton attend Mount Royal Academy in Sunapee, New Hampshire. Croydon has no middle school, so it pays Croydon students’ tuition at nearby private or public schools. This practice is called tuitioning. It is made possible by RSA §193.3, which says that towns lacking public schools for any grade level can pay students’ tuition at public or private schools of the parent’s choice. But when the Griffins tried to use the tuitioning program, they were deemed ineligible because Mount Royal Academy is a Catholic school and §193.3 prohibits towns from paying tuition to sectarian (i.e., religious) schools. The Griffins have sued the NH Department of Education, claiming that §193.3’s “sectarian exclusion” is unconstitutional.

A recent Supreme Court decision supports the Griffins’ claim. Espinoza v. Montana Department of Revenue (2020) involved a Montana Department of Revenue prohibition on using funds from a state scholarship program to attend religious schools. The Supreme Court held that state governments cannot exclude religious organizations from a student aid program just because the program affords students the choice of attending religious schools. Such exclusion violates the Free Exercise Clause of the First Amendment, which prohibits government from infringing the free exercise of religion. Like the Montana provision in Espinoza, §193.3 excludes religious entities from a generally available aid program on the basis on their religion. It violates the Free Exercise Clause by running afoul of Espinoza’s central principle: states “cannot disqualify some private schools solely because they are religious.”

A counterargument to the Griffins’ claim is that allowing religious schools to participate in the tuitioning program would violate the Establishment Clause of the First Amendment (prohibiting establishment of a national religion) because state money would flow indirectly to a religious entity. But the Supreme Court already dealt with this argument in Zelman v. Simmons-Harris and Espinoza: “Any Establishment Clause objection . . . is . . . unavailing because the government support makes its way to religious schools only as a result of Montanans independently choosing to spend their scholarships at such schools.” The same is true in this case. Whether money ends up at a religious school is entirely dependent on parental choice, not a governmental desire to establish religion.

In sum, §193.3 excludes otherwise qualified entities from participating in a generally available funding program solely because of their religion. Espinoza made it clear that such exclusion violates the Free Exercise Clause. The Griffins should win what looks to be a short fight.

New Hampshire native Thomas Philbrick is a lawyer and writer in Detroit, Michigan.

By Michael Graham on March 16, 2022
The battle over Education Freedom Accounts (EFAs) appears to be over, at least for this…
Read More
News