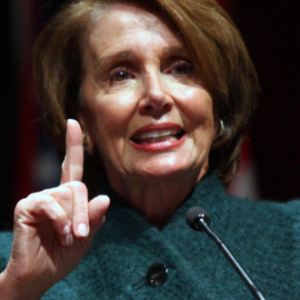 Pelosi Picks Up A Vote In NH-01, Brings Her Total To….One

Former Speaker of the House Nancy Pelosi has ended her drought in New Hampshire’s First Congressional District. As reported here at NHJournal, for weeks not a single one of the eleven (count ’em, 11!) Democratic candidates in the primary would commit on the record to supporting Pelosi for Speaker of the House.

Not anymore! Thursday night at a candidate event hosted by the Hampton, NH Democrats, one of the candidates came out of the Pelosi closet.  Meet N.H. State Representative and candidate for Congress, Mark MacKenzie, who issued this statement to NHJournal:

Nancy Pelosi has served with distinction in the United State Congress for over 30 years. She was the first woman in US history to be elected as the Speaker. She has supported countless Democrats in this country helping them get elected.  The role Representative Pelosi will play in the future will be decided by the new Congress. Nancy Pelosi deserves the respect of this nation for her faithful service to this country.  My focus is on getting elected to represent the first CD and this is where my attention is focused.

So there you go, Ms. Former Speaker–you’ve got a supporter!  Interestingly, none of the three women running in the Democratic primary have endorsed Pelosi for Speaker. One of them, Rep. Mindi Messmer, has said explicitly that it’s time for Democrats to make a change.

Watch for yourself courtesy of the twitter feed of intrepid NH political reporter Paul Steinhauser: