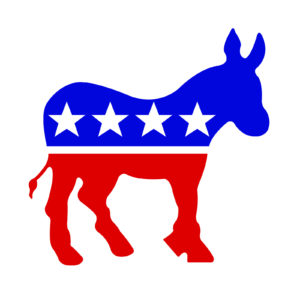 Posted to Politics May 25, 2022 by Robert Pawlicki

Democrats are not just dealing with intellectual or policy differences with Donald Trump’s supporters. They have a much more significant challenge — an emotional obstacle. Emotions are much more difficult to discuss or overcome than intellectual differences.

Trump supporters, especially in economically challenged states, feel Democrats are out of touch with their needs. They see Democrats with their multicultural-based coalition as biased toward minorities and hostile to the White middle-class. That Democrats have paid attention to the cities and left rural Americans behind.

It is no accident that these groups have moved decidedly to the Right and may stay there.

It appears that Trump can do no wrong. The fact that he often speaks crudely does not bother most of these voters or that he denigrates minorities and women. It does not alter their loyalty, for he is seen as both personally fighting for them and sticking his finger in the eye of Washington’s authority. Many of his supporters would like to do the same. Emotionally, the visceral connection is so strong that personality flaws are dismissed. He’s on their team, and they are on his.

Trump’s poll numbers reflect that dedication. Asked if they are likely to vote in the next election, Trump supporters’ response is consistently enthusiastic. Examining the election in 2020, Biden’s supporters were there but not with the same energy. Intellectual arguments are futile when intense loyalty is identity, as it is with Trump’s hard-core base. Loyalty and identity make discussions highly resistant to political persuasion, bordering on arguing religious faith.

The analogy to religion has merit. Followers of televangelists Jim and Tammy Faye Bakker were not deterred when Bakker was sentenced to eight years in prison in 1989 on counts of fraud and conspiracy. In 2020 Jim Bakker continued to have a TV show and ministry in Missouri, soliciting contributions from emotionally loyal followers. The government has again been investigating the legality of his actions.

An early political move by the former president that borders on genius was to inspire the perception of “Fake News.” Fake News allows his supporters to dismiss different and critical thoughts easily. Coupled with the full-throated support of Fox News sycophants, the message is that Trump is the ultimate leader, and his opponents are the enemy not worth listening to. Not listening to opposing arguments leaves emotional loyalty intact.

Autocratic leaders’ first act is to shut down or physically remove the media that opposes them. Trump largely achieved that goal with his skillful use of Twitter and the Fake News label. The Washington Post recorded 30,573 false or misleading claims over the four years of Trump’s presidency. This mendacity did not deter his supporters and may have codified their loyalty.

It is telling that the Republican Party has not issued a policy platform in the past two election cycles under Trump’s hold. Policy platforms are intellectual statements. Trump’s approach leans heavily on emotions, denigration of his enemies and loyalty to him. Deep discussion of issues is not his forte.

The Biden administration’s handling of inflation, the pandemic and our involvement in a foreign war would ordinarily be at the top of a typical opponent’s political agenda. Trump is not an ordinary opponent. When he and the Republican Party highlight cultural issues, they avoid traditional exchanges of combatting opinions and policies. Instead, they focus on emotional concerns with significant success.

If Democrats are to be successful, they need to argue less and listen more. They need to hear the emotions that underlie the loyalty of Trump’s supporters and understand why the supporters have moved away from the Democrats. Anything less is likely to fall on deaf ears.

After that, they need to search for an authentic emotional response of their own.

Robert Pawlicki is a retired psychologist and a frequent contributor to the Savannah (Ga.) Morning News. He wrote this for InsideSources.com.