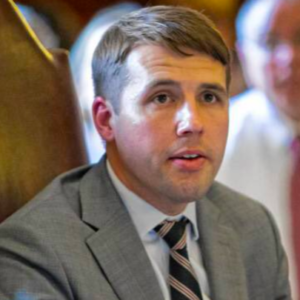 Pappas Votes for ‘Per Mile’ Fee, Shifts Money From Roads to Transit in $547 Billion Infrastructure Bill

New Hampshire Rep. Chris Pappas joined his fellow Democrats on the House Transportation and Infrastructure Committee — plus two Republicans — to approve a $547 billion surface transportation infrastructure bill that massively increases spending and launches a test of a ‘per-mile user fee.’

“H.R. 3684, the Investing in a New Vision for the Environment and Surface Transportation in America (INVEST in America) Act is a five-year, $547 billion surface transportation reauthorization that will secure over $1.2 billion in highway funding for New Hampshire,” Pappas said in a press release. “This represents a 34 percent increase in funding for roads and bridges in New Hampshire along with substantial increases in transit funding.”

The bill is now headed to the House floor, where it’s expected to see additional spending added.

“We have a bill that will stifle innovation, hurt jobs, negatively impact rail fluidity and service, lead to a shift away from the rails and to a less-environmentally friendly mode of transportation, further congesting our highways,” Crawford said. “It’s a partisan product filled with special-interest policy and unnecessary operational requirements.”

Among the elements in the INVEST Act is a directive to the Department of Transportation “to establish a pilot program to demonstrate a national motor vehicle per-mile user fee to restore and maintain the long-term solvency of the Highway Trust Fund.”

Some privacy advocates oppose VMTs out of concern the government might use the system to track the movement of citizens. As Politico reported: “VMT charges also face opposition from the American Civil Liberties Union, which sees warrantless GPS tracking as a violation of personal privacy. The Supreme Court ruled in 2012 that using GPS to track a person’s movement without a warrant was unconstitutional.”

The INVEST Act could also have another impact on Granite Staters, because it ends the “80/20” rule that kept 80 percent of Highway Trust Fund revenues going to roads and bridges, as opposed to transit projects. Because New Hampshire has virtually no mass transit and a relatively rural population lacking the population density to support it, that could mean losing out on funding in the future as more shifts to transit.

The bill as passed by the Transportation Committee allocates just 63 percent on highways and 37 percent for transit and rail. And the actual number is almost certainly less since highway spending includes walking and biking infrastructure.

Because this $547 billion bill spends so much — and will likely spend more when the full House is done with it — there’s no money shortage in the short term. But breaking the 80/20 formula, like launching a VMT program, is likely to have long-term, and likely unintended, consequences.