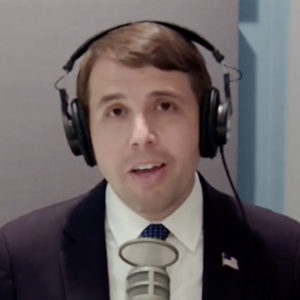 New Hampshire Democrat Rep. Chris Pappas has joined the growing chorus of Democrats openly critical of President Joe Biden’s handling of Afghanistan, a significant break for the low-key congressman best known for keeping his head down and toeing his party’s line.

During an interview on WGIR radio Wednesday, Pappas said Biden “should accept some of the blame” for the fiasco in Afghanistan, “because the situation developed on his watch.” And he criticized Biden for “not considering the intelligence the administration was receiving.” Pappas also criticized Biden’s decision to stubbornly stand by his arbitrary August 31 deadline, despite conditions on the ground. And, Pappas said, most Democrats disagree with the president’s stance.

“The president is insisting on this August 31st deadline for withdrawal of U.S. citizens, allies, and partners. Most of us, including myself, really think that is an unrealistic deadline, given the number of folks that still have to be extricated from Kabul and the surrounding area.”

Pappas said he was “concerned” by the appearance that the Taliban is setting the terms for America’s withdrawal and he urged Biden to act.

“I think if the Taliban were to say to us that they expect us to be out of there on August 31st, we should simply insist that that’s not workable and we’re going to be staying longer. And if they don’t like it, there will be consequences,” Pappas said.

The two-term congressman’s rhetoric is a far cry from the optimistic message coming from the administration.

On Tuesday, White House press secretary Jen Psaki claimed the U.S. operation in Afghanistan could not be called “anything but a success.”

And White House Chief of Staff Ron Klain retweeted a message from MSNBC host Lawrence O’Donnell: “This is the best run evacuation from a war America lost.”

News reports from Kabul indicate the situation on the ground has not improved, with multiple incidents of violence and Americans unable to reach the airport. After Biden’s latest update on U.S. progress, the State Department released a warning to Americans that it was unsafe to travel to the airport.

Pappas isn’t the only New Hampshire Democrat down on Biden’s performance. Sen. Jeanne Shaheen has been a frequent critic of Biden’s foreign policy, including his decision to withdraw from Afghanistan. “We must extend the withdrawal deadline and work with international partners to ensure ALL allies find safety from the Taliban. Arbitrary deadlines and bureaucracy are no excuse for lives lost,” she tweeted.

Sen. Maggie Hassan had a similar message. “We need to evacuate all Americans and those who stood side by side with our troops to combat terrorism — an arbitrary deadline cannot stand in the way.”

Polls show most Americans are also disappointed in Biden’s performance. His national approval rating plunged to 41 percent in the new Suffolk University poll, and he’s underwater among Granite Staters, only 36 percent of whom approve of his foreign policy in the latest UNH Survey Center poll.

One New Hampshire is still on board, however. “Give America credit for performing the most successful evacuation ever,” tweeted state Sen. Lou D’Allesandro (D-Manchester). “The President, our military, and all those involved have accomplished the impossible.”