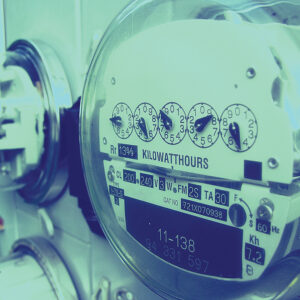 Ossowski: Community Aggregation, or Community Operation? Your Electric Bill Could Hang in the Balance

When it comes to your electric bill, consumers looking to change utilities, or use different sources of power, face limited choices.

To provide somewhat of an alternative, as well meet consumer demand for alternatives like solar and wind, many states have opted to allow local governments to purchase electricity directly, while still allowing utilities to control distribution, known as “community choice aggregation.”

But a 2019 change in New Hampshire law opens the door for something else: Communities acting as their own utilities.

While utilities would still source and distribute power, local governments will pick the winners and the losers, removing that option from investor-owned companies. Every resident would be automatically enrolled, but with the right to opt-out.

These efforts have begun in nine states across the country, including throughout the energy canard that is California, where community choice aggregators serve over 10 million homes. New Hampshire, having passed a bill in 2019 to bolster these programs, is the latest state to join the trend.

Both consumer groups and utilities in New Hampshire have expressed support for price aggregation. But the 2019 changes to the law create issues that make it more difficult for consumers to start saving money.

And now, HB 315, a bill to clarify rules and make it easier for aggregation to begin, is being debated in the legislature.

The bill would ensure those who opt out of the program would not be responsible for additional costs as taxpayers, and removed requirements on net metering, which could reduce or increase energy access for consumers depending on energy use or the time of day. It would also define what costs utility companies like Eversource would have to bear if a community opted to take the role of utility manager.

For advocates of a community operation approach, this bill would thwart the more ambitious plans to seek alternative energy.

“HB315 would restrict our programs to a very simple 1.0 or Massachusetts model of community power,” said Madeleine Mineau, executive director of Clean Energy NH. “We’ve seen a lot of interest in the more advanced models and approaches to community power that can include managing a portfolio of energy supply resources, offering additional energy efficiency or demand response programs in addition to the utility programs.”

Eversource, the state’s largest energy provider, testified earlier this month at a committee hearing in favor of HB 315, arguing the existing law mandates expensive infrastructure changes throughout the entire electric grid— meaning consumers across the state would have to pay higher bills no matter what.

Though they support community power aggregation and have helped implement a similar program in neighboring Massachusetts, New Hampshire’s law significantly increases the cost of implementing these systems, which would effectively fall to consumers.

By having to update meters to two-way information sharing, reorient its grid pathways, and upgrade its customer billing systems to comply with the previous law, residents both within and outside community power areas would end up with higher utility bills as a result. The newly proposed bill, claims Eversource, would ensure consumers who opt-out, and taxpayers statewide, would not be stuck with higher costs.

And that may not be the only issue with the program as it exists, as other states demonstrate.

A report from the Voice of San Diego claims CCAs are well on their way to becoming monopolies in their own right, forbidding industrial and university customers from striking their own power agreements with third-party companies, as they have done for years.

And researchers from UCLA noted the regulations around energy in the first place will make it difficult to lower prices at all.

If the goal is to allow consumers more choice in which power runs their heat and lights and how to lower costs, a better alternative might be in removing the heavy regulatory burden needed to maintain electricity suppliers, especially if these utilities will ultimately be providing the power regardless.

On its face, the degree of support for community choice power will depend on what local governments are truly aiming to provide, and if they are able to deliver. Do they want cheaper, more efficient electricity or do they want to hasten the transition to renewable alternatives?

At least in New Hampshire, the rules must be clarified so that unnecessary costs are not imposed on consumers in the form of higher energy bills, whether they opt for community power or not.

Yaël Ossowski is deputy director at the Consumer Choice Center. He wrote this for InsideSources.com.

Yaël Ossowski is deputy director at the Consumer Choice Center. He wrote this for InsideSources.com.

SOHNGEN: Biomass Energy From Forests Can Be Sustainable and Carbon… Read More

CSX-Pan Am Deal, Backed by Sununu, Would Bring Class I… Read More

Energy Experts to Biden: You Can’t Go Green Without Getting… Read More

By Gregory Bresiger on July 28, 2021
President Joe Biden is expressing confidence that his proposed $4.5 trillion domestic package will effectively…
Read More
[IS] Opinions