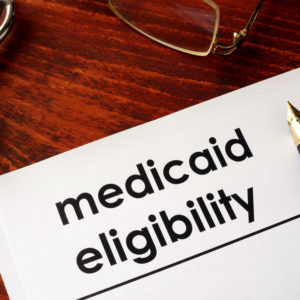 On Tuesday, the same federal judge who halted Medicaid work requirements in Arkansas and Kentucky issued a ruling to do the same in New Hampshire, unleashing a frenzy attacking work and commonsense welfare reform.

But amidst the media reports about the ruling, few—including Judge Boasberg himself—are presenting the facts. A quick look at New Hampshire’s Medicaid program paints a different picture, and shows just how desperately-needed these requirements are to bring the program back in line with its original intent.

When the Granite State expanded Medicaid to able-bodied adults, some 50,000 people signed up—more than state officials expected would ever enroll. As a result, New Hampshire experienced cost overruns, which have resulted in budget overruns that the state has dealt with for years. Every dollar spent on able-bodied adults is a dollar that can’t go towards education, public safety, or the truly needy.

To make matters worse, nearly half of ObamaCare expansion enrollees—working-age adults with no physical or mental disability keeping them from working—do not work at all.

Work requirements were designed to help individuals and families achieve self-sufficiency and help put welfare programs back on the path to sustainability, preserving limited resources for the truly needy. These are also the core objectives of the Medicaid program, a fact that the Judge has repeatedly chosen to ignore in his rulings.

If there’s any doubt about whether work requirements truly fulfill that objective, a review of Arkansas’ experience puts doubters to rest. Before the same Obama-appointed judge halted Arkansas’ Medicaid work requirement, more than 14,000 Arkansans left Medicaid because of increased incomes. Taxpayers were on track to save at least $300 million per year. The work requirement was working—lifting able-bodied adults out of dependency and moving them back to work.

It’s not hard to imagine that New Hampshire would have experienced this same success, especially given the effort the state undertook to notify enrollees of the requirement. Over the last year, state officials in New Hampshire have held 11 public information sessions and nearly 50 additional sessions for Medicaid providers. They’ve made more than 50,000 phone calls and held individual informational counseling sessions in local offices in every single district. They mailed letters notifying enrollees, went door-to-door, and even provided exemption forms to providers.

But they weren’t given the opportunity to let the reform do what it was designed to do: work.

Despite state officials delaying implementation until October 1, the requirement was halted—and it begs the question, why? The rulings in Kentucky and Arkansas are actively being appealed, with research showing the success of the requirement to fulfill Medicaid’s core objective. New Hampshire’s requirement wasn’t even ripe for legal challenge, and yet it was stopped before it could start.

The war against work has gone so far that some on the Left are now intent on using the judicial system to trap as many people as possible in dependency. The ruling is a setback for the thousands of able-bodied adults in New Hampshire that would have benefitted from the self-sufficiency and dignity that work provides, and a setback for the truly needy who depend on limited resources that will instead go to able-bodied adults who don’t work at all.

The good news is that the Trump administration has made it clear that it will continue to fight to approve state waivers for Medicaid work requirements and allow them to move forward with implementation. Work requirements work, and New Hampshire may still have the opportunity to use them to refocus Medicaid on the people the program was designed to help.