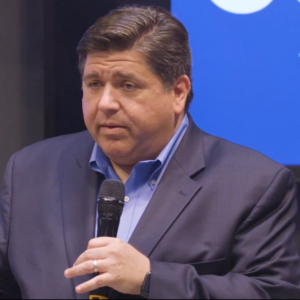 Granite Staters who know the benefits of the “New Hampshire Advantage” should have their guard up when Illinois Gov. J.B. Pritzker comes to town this weekend to headline the state Democratic Party convention.

Illinois is not known for having a limited, effective, or efficient government or for having low taxes – hallmarks of the “New Hampshire Advantage.” And with Illinois finances and economy in rough shape, Pritzker’s record over the past four years has taken the exact opposite approach.

Fact-checking Pritzker’s own statements and campaign ads serve as a guide for what he stands for.

In recent campaign ads, Pritzker touted his fiscal year 2023 budget which included a temporary $556 tax break for the average family.

Among the items included in Pritzker’s relief are:

Even bolstered by billions in federal pandemic relief, all Illinois lawmakers could provide was relief that expires within one year at most–after the election is safely over.

Full disclosure should include the 24 taxes and fees imposed during Pritzker’s term. That’s about $2,721 more in taxes for the average family, including doubling the gas tax and increasing vehicle registration fees. Subtract the temporary tax break from the permanent tax increases and government under Pritzker will eat $2,165 more of the average family’s income.

It’s clear that a typical middle-class family in Illinois–which faces the highest tax burden of all 50 states–deserves more than just temporary relief.

Illinois has not had a balanced budget since fiscal year 2001 and is one of 15 states lacking a requirement to balance the budget at the end of the year.

Even as Pritzker is spending millions on campaign ads to convince voters he actually balanced the budget, the Pritzker administration admits in audited financial reports that it has ended every year with a deficit and that it expects the deficit to continue through 2027.

Unfortunately, as long as lawmakers refuse to publicly acknowledge the state is running a deficit, the issue will be very difficult to resolve.

Officially, the state of Illinois estimates it has $139 billion in pension debt, more than anywhere else in the country. A more realistic estimate by Moody’s Investors Service, using rigorous accounting standards, assumes the debt is closer to $317 billion.

While Pritzker has paid the minimum contribution set by state law, the state’s legal contribution requirements knowingly short the systems. Pension actuaries calculate the amount needed each year to prevent the state’s pension liability from growing, but Illinois contributes billions less than that amount.

In addition to underestimating the debt, the state’s current funding policy violates best practices for public pension plans by targeting 90 percent funding rather than 100 percent. In other words, Pritzker’s “full payments” are shorting pensioners by at least 10 percent.

The common-sense solution for taxpayers and retirees alike is constitutional pension reform, which could fully fund pensions while preserving all benefits already earned. Pritzker has refused to support it.

When Pritzker comes to town this weekend, he’s sure to be full of promises. Those promises might make for good campaign ads, but they directly contradict his actual record in Illinois.

Adam Schuster is vice president of policy at the Illinois Policy Institute, a nonpartisan research organization. He wrote this for InsideSources.com.