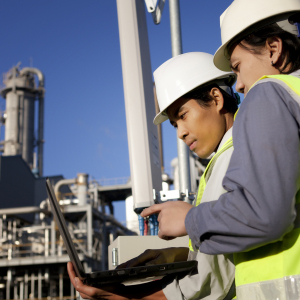 One month into 2021, a divided America faces more challenges than anytime in modern history. But after a year of crisis, everyone can agree on something – we are ready for recovery.

Fortunately, President Joe Biden assumes power at a time of U.S. energy leadership, when America leads the world both in energy production and environmental performance, and when – even as health care, education and food expenditures have surged over the past decade – household energy expenditures have dropped 15 percent. As a result of increased oil and natural gas production right here at home, American families have more money to pay rent, purchase health insurance and otherwise make ends meet.

Unfortunately, mere days into his term, the new president’s energy policy actions have undercut his mandate for economic recovery. First, with a stroke of a pen, President Biden put union workers out of a job by shutting down the Keystone XL Pipeline project. Thousands of other planned Keystone union jobs will never see the light of day.

Shortly after, the administration erased a critical lifeline to local economies, governments and schools with a moratorium on new leases for natural gas and oil development on federal lands and waters. While this latest move suspends new leasing, it is likely a first step toward a policy of outright banning oil and natural gas development on federal lands and waters, which studies have already shown would cost nearly one million American jobs by 2022 and put $9 billion in government revenue at risk.

States like New Mexico would be hit especially hard, with 62,000 people put out of work and more than $1 billion per year from the state’s budget put at risk – funds that would be used to support schools, roads and hospitals. The mayor of Carlsbad told the Associated Press that a leasing ban would “destroy what’s left of our state’s economy.”

To make matters worse, environmental progress is also projected to backslide as a result of a federal leasing and development ban. Restricting development would ultimately amount to an “import more oil” policy, where the administration leads us toward more reliance on foreign energy from unfriendly countries with lower environmental standards. Coal use would increase by 15 percent and carbon dioxide emissions in the power sector would increase 5.5 percent by 2030. Even an Obama-era Bureau of Ocean Energy Management reportfound that offshore leasing restrictions could cause America’s greenhouse gas emissions to increase slightly, or at best have little effect.

In short, there are meaningful economic and environmental costs of unilateral actions the administration has taken against American energy resources. Here is the truth: Global energy demand will grow as COVID-19 vaccines are administered and economies recover. In our collective return to normal, oil and natural gas are ready to provide the energy that powers modern life.

We are all rooting for President Biden to help lead America out of crisis. As his administration works toward that important goal, he faces a clear choice: domestic energy abundance or foreign dependence; American jobs or overseas jobs; economic revival or decline; progress or retreat. Thus far, President Biden has made the wrong choices.

The surest way to halt the recovery and reverse environmental progress is to remove affordable, homegrown energy from the picture – with more regulations, more taxes, and more restrictions on access. If policymakers curtail resource development and supplies are limited, it is working people, consumers and families who suffer.

Frank J. Macchiarola is Senior Vice President of Policy, Economics and Regulatory Affairs at the American Petroleum Institute. He wrote this for InsideSources.