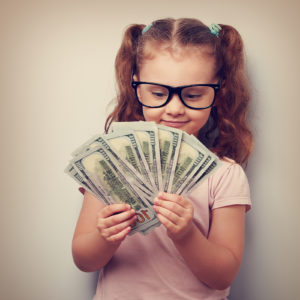 By Jason Bedrick and Corey DeAngelis

The EFAs are modeled after similar policies in five other states where they have proved to be quite popular. For example, in a survey in Arizona, EFA families universally reported that they were satisfied with the education their child received using an EFA, including seven in 10 families who were “very satisfied.” Moreover, among the lowest income quintile, nine out of 10 families reported being “very satisfied.”

The public is highly supportive of EFA policies as well. According to a recent nationwide survey, 76 percent of parents of school-age children expressed support for an EFA policy while only 11 percent were opposed.

Among those opposed to the EFAs are Professors Joe Onosko and Elaine Marhefka of the University of New Hampshire, who recently penned an op-ed in the Concord Monitor warning that EFAs would cause the sky to fall. Fortunately, the experience of two dozen states with education choice policies shows otherwise. The article contained too many distortions and outright falsehoods to address completely, so we will only address their major claims.

Onosko and Marhefka claim that “research consistently shows that [education choice] programs don’t work.” This is completely false. There have been 17 random-assignment studies of choice programs—like EFAs, vouchers, and tax-credit scholarships—on the performance of participating students. Of those, 11 found positive effects, four found no visible effects, and only three found negative outcomes for some students (including two from the poorly designed program in Louisiana). Additionally, four out of six studies found that choice programs boosted high school graduation and college enrollment, while none found a negative effect.

The professors cite the “unsuccessful experiment” in Sweden, but yet again, their characterization is off base. Several studies have found positive effects from the Sweden voucher program. Böhlmark and Lindahl used strong econometric methods and found that school choice in Sweden improved “average short- and long-run outcomes.” Another rigorous study in a top academic journal, the Journal of Public Economics, found that Sweden’s voucher program improved academic outcomes due to competition.

And it’s not just participating students who benefit. Contrary to Onosko and Marhefka’s baseless assertion that education choice would “blow up” the public system, the overwhelming consensus of the research literature is that increasing choice leads to improvements in the public system. There have been 27 studies examining the effects of private educational choice policies on the academic performance of students who remained in public schools. Of those, 25 have found positive effects, one study found no visible effect, and only one study found any negative effects.

Onosko and Marhefka cite data from Reaching Higher NH to claim that the EFAs would cost $50.9 million in the first year of the policy. Even if true, that’s barely 1.5 percent of the state’s $3.2 billion in annual K-12 public education spending. However, there is good reason to doubt these claims as they do not factor in the cost savings.

Indeed, the EFAs are actually likely to produce significant savings for the taxpayer. In a recently published fiscal analysis, the New Hampshire Department of Education calculated that EFAs would generate $360 million to $390 million in savings for Granite State taxpayers over the next decade. The EFAs save money because they merely redirect the state’s portion of K-12 per-pupil funding, which is about $4,600 on average, after factoring in additional need-based aid. (All local and federal funding remains with the school district.) That’s less than a quarter of the nearly $20,000 per pupil, on average, spent each year at New Hampshire’s district schools.

Choice Is Good for Citizenship

Perhaps the most reckless claim that Onosko and Marhefka make is that expanding families’ educational options would undermine democracy—a claim for which they don’t even bother to attempt to marshal any evidence.

It’s no wonder why: the evidence is decidedly on the side of education choice. In a recent review of the research literature, Dr. Patrick J. Wolf summarized 86 findings from 34 studies on the effects of choice policies on civic engagement, voluntarism, and tolerance of others. He found that 50 of the 86 findings were positive for private school choice while 33 found no difference and only three found a public school advantage. Dr. Wolf concluded: “if this score were from a rec-league softball game, the officials would end the contest under the ‘mercy rule.’” In short, private schools promote the public good.

Ignore the Chicken Littles. The sky isn’t falling. In fact, the evidence is in: education freedom accounts improve the quality of education and serve the public good all while saving money.