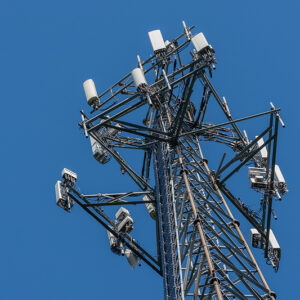 Last year, Congress passed the Infrastructure and Jobs Act that directed $65 billion toward the Biden administration’s “internet for all” initiative. This initiative seeks to expand access to affordable high-speed internet, build network infrastructure and close the digital divide. The administration says this spending will help connect “every American” to broadband services. However, if these goals are to be achieved, funds must be spent very efficiently and be well-targeted.

The legislation designates the National Telecommunication and Information Administration (NTIA) to allocate $48.2 billion to several programs. The funding includes $42.5 billion for the Broadband Equity, Access and Deployment (BEAD) program, $1 billion for middle-mile backhaul transport and an additional $2.75 billion for state digital equity programs. While the administration hopes this money will be used to connect unreached Americans, there are significant concerns over how this money will be spent prudently.

Each program is open to some eligible entities, generally states, the District of Columbia, and U.S. territories, which may apply for the funds through a bidding process known as the Notice of Funding Opportunities (NOFO). However, this process may differ, even within the same program, and states are allowed to set different requirements. This is where problems arise.

The BEAD program has three priorities: to reach unserved locations, underserved locations and community institutions, all with different assumptions and requirements. For example, unserved locations are defined as areas that lack access to broadband service at or above speeds of 25 Mbps (megabits per second) downstream and 3 Mbps upstream. Underserved locations are defined as those places without broadband service offering speeds at or above 100 Mbps downstream and 20 Mbps upstream, and community anchor institutions are schools, libraries, health clinics and other institutions lacking gigabit speeds. Nothing in these definitions allows room for anything outside of the narrow parameters the NTIA set.

Similarly, in the NOFO document, the NTIA states that locations served by satellite, unlicensed spectrum (like Wi-Fi), or non-fiber technologies are still considered unserved. This means that the program specifically prioritizes projects that provide fiber connectivity. This is unfortunate because it is unclear whether fiber is always the most cost-effective or scalable technology for hard-to-reach places. This makes building-out broadband more expensive, affects the viability of the service and wastes taxpayer dollars.

For instance, states like New Hampshire and West Virginia are mountainous, making fiber very costly to deploy in remote areas. These areas may be much better suited for wireless technology. In terms of speeds, when fully deployed, low-orbiting satellite services promise multi-gigabit speeds, and 5G services may eventually reach comparable speeds, assuming Congress reauthorizes the FCC’s 20-year-old spectrum auction authority that is set to expire in September. Therefore, it is in the agency’s best interest to remain technologically neutral and opt for the least costly solution to connect as many consumers as possible.

Another problem relates to the language the NTIA uses when describing eligibility requirements within the NOFO document. For instance, regarding the provision of discounted broadband services to eligible subscribers or households, the agency lists numerous ways households may qualify based on financial need. However, included in the list of eligibility provisions is one that allows the state to establish “any other” additional criteria it deems necessary. This small provision provides states a tremendous amount of power to define qualifications that may become a burden for internet service providers in identifying these customers, thereby adding to costs and threatening buildout plans.

Elsewhere, the NTIA writes that the program requires all eligible states to have plans that address “middle-income affordability.” Yet the NTIA fails to describe what qualifies as middle income, which provides a great deal of discretion to the states. This discretion could allow government jurisdictions to use price controls, thereby adding significant risks to providers, which will affect the viability of buildouts and defeat the purpose of the funding.

While the costly requirements and vague language in the NOLA document pose risks to a successful and cost-efficient buildout, a major risk is that the funding can easily be awarded to “eligible” entities that have absolutely no experience building out broadband networks, such as municipalities and public utilities, that have been shown to have a long history of broadband failure. Again, that would represent a major waste of resources for taxpayers and a lost opportunity for unconnected consumers.

The BEAD program is a well-intentioned federal program dedicated to helping eligible entities deploy and upgrade broadband infrastructure in their jurisdictions, aiming to close the “digital divide” and improve access for millions of Americans. However, too often, programs like these call for vague parameters for dispersing large amounts of American tax dollars and end up shortchanging consumers and taxpayers.

The billions of dollars that Congress has allocated for broadband expansion could make a difference in reaching Americans in hard-to-reach places. However, federal agencies like the NTIA must ensure that adequate safeguards are in place to guarantee that this money is well spent.

Steve Pociask is president of the American Consumer Institute, www.TheAmericanConsumer.Org. He wrote this for InsideSources.com.

Nate Scherer is a policy analyst with the American Consumer Institute. He wrote this for InsideSources.com.