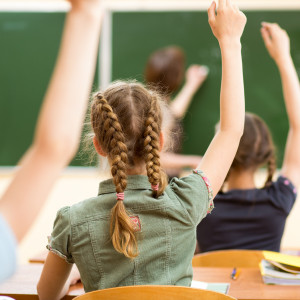 For Democrat politicians and America’s charter school families, it’s a case of “That was then, this is now.”

“Charter schools have been at the forefront of innovation,” Obama said. “Over the past seven years, my Administration’s commitment of resources to the growth of charter schools has enabled a significant expansion of educational opportunity, enabling tens of thousands of children to attend high-quality public charter schools.”

The 2012 Democratic Party platform included charter schools on its list of tools the party would use “to strengthen all our schools and work to expand public school options for low-income youth.”

The same four years later, when the 2016 Democratic platform declared: “We support democratically governed, great neighborhood public schools and high-quality public charter schools, and we will help them disseminate best practices to other school leaders and educators.”

Now, the Democratic Party has turned on charter schools, teaming up with teachers unions targeting them for destruction. Unlike his old boss, former Vice President Joe Biden said in May that if he’s elected president, charter schools “are gone.”

After the Trump campaign called out Biden’s threat to charter schools, his campaign released a statement to factcheck.org that appeared to reverse course. It said the campaign “does not oppose districts letting parents choose to send their children to… high-performing public charters.”

Unfortunately, factcheck.org didn’t catch the dagger to the throat of charter schools hidden in the campaign’s clever wording. Biden caveats his support on two conditions — that districts “let parents choose” and that the schools must be “high-performing.”

Local school districts are typically hostile to charter schools, viewing them as competition. That’s why states usually let charter schools be authorized at the state level or even sometimes by nonprofit groups.

As a result, all but one of the 31 charter schools operating in New Hampshire today were authorized by the Board of Education.

And under the Biden standard, all of those state-approved schools would be closed if they don’t get the backing of local education bureaucrats.

And because many charter schools are open specifically to serve struggling students, they’re population is disproportionately likely to perform poorly on standardized tests. Even if a charter school helps these kids make strong academic gains, their overall scores could show up lower because these students started so far behind.

Under the Democratic Party’s 2020 platform, traditional public schools will get millions more in federal funding without any improvement in performance, while charter school funding will be tied to both performance and approval from local districts.

The attack on charter schools is a thinly veiled effort to move more federal money into the hands of the party’s union allies, at the expense of disadvantaged children thriving in these non-traditional schools. If the Democrats get their way, the unions will get their money and many charter schools will get closed down.

Perhaps someone should ask Joe Biden: What will these children get?