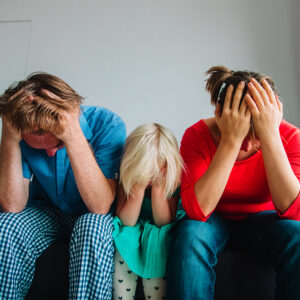 OPINION: A Desperate Parent’s Plea: Teachers, It’s Time To Get Back to Class

Things I have found on my work desk in the last month: Barbie dolls in various stages of undress. Fruit snack wrappers. Partially-eaten sandwiches and already-chewed dog snacks. An aluminum folding knife. And lumps of substances we are gonna pretend were once Play-Doh.

You guessed it: We’re remote learning. Have been since right after Thanksgiving. My wife and I both work from home and we now have a mere six kids in school. It’s not pretty. On the one hand, I don’t have to get up as early to get the kids to school. On the other, we are all turning into Boo Radley, the recluse from “To Kill A Mockingbird.”

We’re lucky we can both work from home, but there are so many parents in New Hampshire with kids at home and no options for childcare. In Nashua, parents have been stuck in the remote learning trap since last March, and they seem to be an afterthought for local leaders.

The Nashua Board of Education isn’t just doing a belt and suspenders response to the pandemic. This is a ‘light your hair on fire and running around screaming’ level overreaction. And it’s hurting the people they are supposed to be serving. This week they announced they might reopen, sorta, depending on the conditions, maybe.

“I’m a small business owner, and I haven’t really been able to do any work because of my freshman daughter. She has an IEP. She should be in school, but I have to sit with her and basically redo my freshman year all over again,” Georgiana said.

Georgiana, one of the people who started the back-to-the-classroom group Nashua Parent Voice, told Ganely people are putting their kids into Catholic schools, and even selling their homes and moving to a community with a school district where schools are open. Parents in Nashua just want their kids back in some kind of school, and they want to get back to work.

I know how they feel. I would appreciate a morning without having to convince the kindergartener that she still has to get dressed. In clean clothes.

All this staying home is creating a $14-28 trillion long-term drag on the economy, economists told Axios. Kids are falling behind on the math and reading skills they should have achieved, and they will be less ready to reenter the world when the pandemic lifts. Speaking from observation, some of them will also be weirder and smellier than before.

Seriously, according to the Axios report, the hardest-hit kids will be the ones in poorer school districts who have fewer resources for remote learning. Keeping kids out of school is contributing to the creation of a permanent underclass.

And there’s no reason for this. Both Dr. Benjamin Chan and Dr. Anthony Fauci have said schools should reopen, and as long as people wear masks, keep distant, and wash hands they will be safe. Experts agree as long as the hospitalization rate in a given community stays low, schools are safe to open for in-person learning.

It makes sense for schools to go remote for periods of time when there is a surge in cases, like what happened after people decided to have a side dish of ‘rona along with their Thanksgiving turkey this year.

The New Hampshire teachers union kicked up a fuss when the vaccine rollout got underway, saying teachers should be in line along with first responders. Union officials also seemed to play a game to see how many rakes they could step on when making their argument.

They got owned when Gov. Chris Sununu made it into a political version of “The Trolley Problem,” practically asking the NEA-New Hampshire to name exactly which individual seniors they wanted to kick out of line and give their shots to relatively young and healthy teachers.

(The Trolly Problem is a thought experiment where you’re given the choice to save five people in danger of being hit by a trolley, by diverting it to kill just one person. My vote’s for Minnie LaFonatine from the North End of Manchester. She knows what she did.)

Should teachers and daycare workers have been first in line for the vaccine along with first responders? Yes. But that didn’t happen, and right now there isn’t the supply to make that happen.

Wear a mask, wash your hands, and let parents and kids get back to work.

One more point: For the love of God, wear a proper mask. One that goes over your mouth and nose. Not one of those stupid plastic face shields. What, are you a 5-year-old?

Now if you will excuse me, I have to put some chewing gum in a tree hollow.