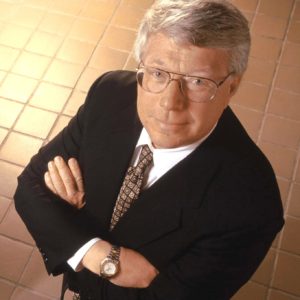 On Labor Day, New Hampshire Leaders Look Back At Their First Jobs 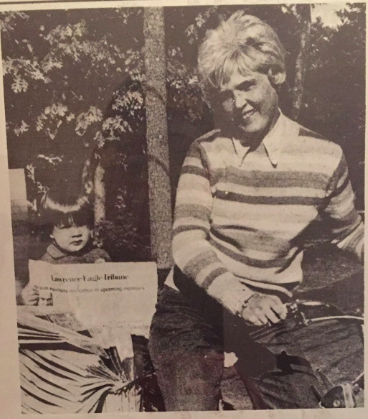 If you look closely at the photo above, you’ll see the world’s youngest newsboy helping his mom deliver papers in Salem, N.H.  His name is Chris Sununu.

With the local labor market booming, NHJournal asked some New Hampshire leaders about their very first jobs and what they learned from them. While nobody else got the early start Gov. Sununu did, they are generally a hardworking bunch.

“My first job was as a filler at the Star Last shoe factory in Manchester,” Sen. Lou D’Allesandro told NHJournal. “I filled molds with epoxy, which could asphyxiate you, and it tore up your skin.  Worse, I had to walk to work from West Manchester every day.”

And what did the Democratic state senator learn from his first job? “That I didn’t want to be a damn filler! It was terrible work.”

“My dad was the only doctor in Troy, and I remember being about 5 years old and sitting in the front seat of his car — no seatbelt of course– while he made house calls and visited patients.

“My job was to carry in the old magazines, which I would give to these patients.  Also, I helped with carrying his doctor’s bag. I was mostly paid with milk and a cookie, but sometimes I got small coins.

Before becoming Commissioner of the New Hampshire Department of Business and Economic Affairs, Taylor Caswell’s first gig was a start up: “My first official job was a business I set up with a friend in Littleton back in the 1980s.  We had a DJ business where we played music at high school dances all over the North Country and the Northeast Kingdom in Vermont.  The first summer we expanded to weddings and added photography.  Somewhere in a barn in Littleton are milk crates full of 80s music on 45-speed records.

“What I learned was how to market yourself and how to grow a business with limited resources (in our case we only had the two of us with a cool GMC van but we also had to go to school!).”

“I guess my first real job was when I joined the Army after graduating from high school in 1966, where I spent three years as a military policeman,” says Speaker of the House Steve Shurtleff. “In 1967 I was serving in Vietnam. General William Westmoreland, the commanding General for all troops serving in Vietnam, came to our base camp for a meeting with Division Generals.

“I was stationed outside the door of the meeting room as part of the security detail. After Gen.Westmoreland went into the meeting, I was told by the General’s aide, a Colonel, that the General would be leaving the meeting sharply at 2:00pm and that no one — absolutely no one — was to leave this meeting before the General.  I told the Colonel that I understood.

“At 1:45pm the door started to open. Someone was trying to leave the meeting before the General!  As they started to push the door open, I started pushing the door closed. After a few seconds of us pushing back and forth, the door finally opened. It was Gen. Westmoreland.  He gave me this strange look, as if to say why wouldn’t you let me out?  My feeble response was to come to attention, salute and say, “Sir, I think the door sticks.”

“What I learned in the service was that it didn’t matter if you were a Republican, Democrat or Independent. All that mattered was that you were willing to work together for the common good and that everyone was pushing in the same direction.”