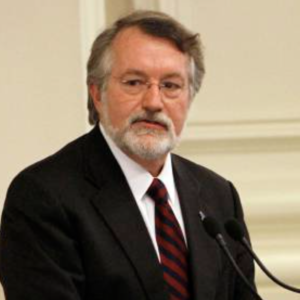 Every so often – perhaps every ten years or so – a state budget comes along for New Hampshire that is transformative. These budgets set a new direction for state government. They reset both expectations for state services and the balance between private and public expenditures. They represent a change in direction.

Ten years ago, when I was NH House Speaker, we had a transformative budget. After four years of rapid and uncontrolled increases in state spending and taxation, party control of the legislature changed. When we Republicans began to put together the next budget, we faced a crisis of over 100 new and increased taxes burdening hard-working New Hampshire families. Despite this wild growth in new taxes under the Democrats, we also faced a structural deficit of state spending exceeding revenues by almost a billion dollars.

Our budget was transformative because, for the first time in New Hampshire history, a budget decreased spending for both years of the two-year budget cycle. It was transformative not as a budget of dreams; it was a budget to avoid the nightmares of over-spending, over-taxing, and economic stagnation that NH residents see in too many of our sister states. And through an 18 percent reduction in state spending, we achieved that result in such a definitive manner that it has allowed future legislatures to reduce NH taxes since then.

The realization of these dreams will transform New Hampshire state government. This transformation will occur because the proposed budget looks optimistically to the future of New Hampshire and sets the stage for a healthy economy and prosperous citizens that will last far into the future.

This budget will ensure a fiscally responsible state government that promotes parent-directed education, lets seniors live here during their retirements, protects the lives of the unborn, rejects racialist teaching, and resets the balance of power between the executive and legislative branches of our government. It is the transformation that I could only dream of ten years ago.