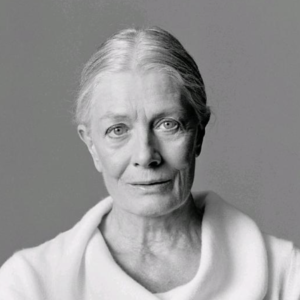 O’BRIEN: The Age of Magical Thinking

Several years ago, Joan Didion wrote a touching memoir about the year following the death of her husband and literary collaborator John Gregory Dunne.  In it, she described grief so intense that it led her not just being unable to accept the reality of his passing, but at times to not even knowing of his death.

Ms. Didion wrote about how she couldn’t discard her departed husband’s shoes because she sincerely believed he would return and need them.  She found herself making meals and setting the dinner table for both of them.  Then she would sit at the table inconvenienced when he wouldn’t come out of his office though it was well past dinner time.

Joan Didion called this period of her life The Year of Magical Thinking and used that as the title of her award-winning memoir.

I often think of that book when considering how much of today’s politics and culture completely ignores reality.  We all know examples, such as:

Each of us could add to this list our own favorite instances of ideological fantasy, but the thing is that there are people who believe – truly and honestly believe – these falsehoods to be true.

There are, of course, those who use these fictions as cudgels to cancel those who are their political and ideological opposites.  There is nothing perplexing in that.  The last hundred years or more have seen played out time and again the tactic of the big lie as a means of control and political power. And we know it is being used today.

No, there are sentient and even at times seemingly benevolent and bright people, as individuals and even as a group, who ignore facts in favor of fiction.  It can seem to confound, but Joan Didion gave us an explanation. It is magical thinking.  Just as Ms. Didion had to escape grief, so too must they avoid the misery that would come through realizing the bankruptcy of their beliefs.

When we encounter them, let us reflect on how Joan Didion – an accomplished, kind and intelligent writer – entered into her period of magical thinking because she so intensely needed to avoid reality.  These people also need to avoid reality or their political and ideological worlds will crash around them. But they can be brought around just as was Ms. Didion: by having to confront facts that just won’t go away.

It will take longer than it did for Ms. Didion.  This is an age of magical thinking and not just a year.  But they will come around.  There was no alternative for Joan Didion, and there is none for them.