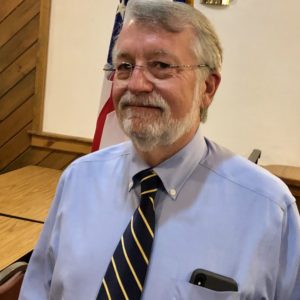 O’Brien Drops Out, Gives Messner a Boost over Bolduc For NHGOP Senate Nod

Former Speaker of the House Bill O’Brien dropped out of the NHGOP U.S. Senate primary, telling his supporters he’s backing attorney Bryant “Corky” Messner in the race to take on incumbent Senator Jeanne Shaheen in the fall.

Messner’s campaign released a statement from the candidate: “I am honored to have Bill’s support. He has long served this state and its citizens, and his record of public service is truly inspiring. With his support, I will continue my efforts to return New Hampshire’s values and conservative traditions to the U.S. Senate by defeating Jeanne Shaheen this fall.”

O’Brien was the only candidate in the race with any experience in elected office, and the only one with a track record as a movement conservative. Some Granite State Republicans expressed their concerns to NHJournal — off the record — over the fact that a candidate who had been one of the highest-ranking Republicans in the state was unable to raise money or make a significant mark on the race.

“It’s not a good sign for the party,” one GOP activist told NHJournal.

“Our campaign continues to strengthen by the day and our focus remains on Jeanne Shaheen,” Bolduc said in a statement. “We need experienced leaders in Washington who will focus on service and problem solving, not politics and money.”

With O’Brien’s endorsement, Messner assumes the role of frontrunner — though the race is far from over. Even without the former Speaker’s backing, Messner was the favorite for two reasons:

First, he’s the non-establishment candidate in the race. He’s an unapologetic Trump guy, and that’s a good place to be in the NHGOP at the moment.

“From a primary standpoint, it’s hard to imagine a better development for Corky Messner,” veteran NHGOP strategist Jim Merrill told NHJournal. “Bill O’Brien’s conservative bona fides are beyond reproach, and his endorsement will help to clarify this race between Messner as the well-funded outsider running to the right of the establishment favored and chronically underfunded General Bolduc.”

In some ways, Bolduc vs. Messner is a replay of Steve Duprey vs. Chris Ager for NHGOP committeeman — except that Duprey was a far more adept and experienced political operator than Bolduc. And that wasn’t enough to save his candidacy.

And the second reason Messner’s got the inside track is that he’s self-funding. New Hampshire Republicans aren’t interested in putting a lot of money in what currently looks like a longshot race against Shaheen. Nominating Messner means less pressure to write campaign checks.

O’Brien told WMUR he plans to run for the House in Nashua’s Ward 9 where he now resides. That race is no gimme, even for a former Speaker. If he wins, he could wind up with more influence on New Hampshire politics in Concord than he would have had as the GOP’s nominee for U.S. Senate.