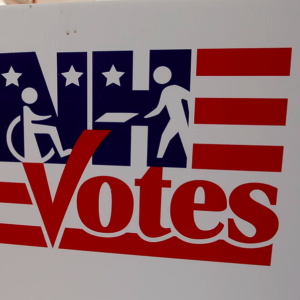 The math looks bad for the Republican Party in 2018: An unpopular incumbent president, a GOP speaker announcing his retirement, and polls showing far more passion among Democrats than Republicans. As the Wall Street Journal reports:

This is particularly bad news for Republicans trying to pick up House seats in purple districts like New Hampshire’s First Congressional District. Without the power of incumbency, and an electorate that’s more than willing to vote Democratic, do Republicans have a chance of winning a district like that?

Perhaps.  The winning formula could be the money of the Republican National Committee and the power of groups like the National Rifle Association.

The RNC has announced a $250 million push to hold onto the House of Representatives in 2018.  They already have 300 paid state-based staffers on the ground–including a state director here in New Hampshire— and plan to have 900 on the payroll by Election Day. This Saturday they held a “Day of Action” in New Hampshire and across the country.

“Our No. 1 priority is keeping the House. We have to win the House,” RNC political director Juston Johnson said. “That is the approach we took to put the budget together.”

At the same time, the NRA just launched a campaign to sign up 100,000 new members in 100 days. With approximately 5 million members nationwide, this goal is both realistic and significant–particularly in New Hampshire, which has the 3rd highest per-capita gun ownership rate in America. Pulling new members into the NRA is an effective way to ensure they turnout this November.

Granite State Democrats continue to flirt with Second Amendment restrictions, and national Democrats insist that gun control is a winning issue. They may be right, or it may be just the impetus the GOP needs to motivate rural voters to turn out in the midterms.