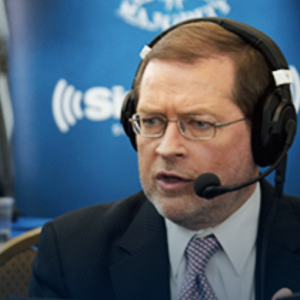 Norquist to NH: Biden’s “Tax Hike on Rich” Will Hit the Middle Class

In a wide-ranging conversation hosted by the Josiah Bartlett Center for Public Policy, anti-tax activist Grover Norquist warned New Hampshire that, despite all the promises about Biden’s tax hikes only hitting the rich, average Granite Staters will feel it. Particularly in their utility bills.

Norquist, who heads Americans for Tax Reform and is a regular fixture in Granite State politics, noted that President Biden has proposed raising corporate income taxes by a third, to 28 percent. And this, Norquist told the JBC’s President Drew Cline, means higher energy bills.

“Ninety percent of Americans who get their electricity from investor-owned utilities — not a city utility —  pay the corporate income tax. When that tax goes up, the utility is allowed legally to pass every dollar of that corporate income tax bill to consumers. Consumers pay all of it. Not some of it, not most of it: All of it.”

New Hampshire already has the third-highest electric rates in the continental U.S., and energy costs are often mentioned by businesses as a major obstacle to business growth.

Norquist also addressed attempts by Democrats to discourage tax-rate competition between states, including language in the $1.8 billion COVID bill that bans states from using federal relief funds to cut taxes.

“There are now eight states without any personal income tax at all. And the ninth state — with an asterisk — is New Hampshire because there is 4 percent of your budget comes from the interest and dividend tax,” Norquist said. “Your governor and the legislature are committed to phasing that out to zero, and that’s extremely helpful.”

But, Norquist added, New Hampshire can’t afford to sit on its low-tax laurels. Other states are on the path to eliminating their income taxes as well.

“New Hampshire has been so far ahead of other states for so long [on the tax issue] that you kind of thought you could get sloppy on some things, or at least not focused on them. Now, these other states have woken up and we’ve gotten much better leadership.” Among the states looking to eliminate or drastically reduce their income taxes are Texas,

Norquist argues it’s not just special tax incentives driving growth in places like Texas and Florida (and in New England, New Hampshire), but rather the overall pro-growth, low-regulation environment.

“Businesses aren’t moving to these states because wages are low, or because you cut them some deal on taxes. It’s because they really like all the things that make an economy grow,  from less regulation to the rule of law,  to broad-based low taxes, as opposed to special [temporary tax] deals.”

A new survey released by the Business Roundtable Wednesday appears to back up Norquist’s argument. It found 98 percent of 178 CEOs polled said that increasing the corporate tax rate from 21 to 28, as President Biden proposed, would have a “moderately” to “very” significant adverse effect on their company’s competitiveness. More than 70 percent of CEOs said the Biden tax hike would negatively affect their ability to hire, and another two-thirds said it would slow down wage growth for their workers.

Norquist also called out Biden for violating his pledge not to raise taxes on anyone earning less than $400,000 a year. The President has already abandoned the promise, now saying he won’t tax households earning less than that, but Norquist says Biden’s broken his promise in an even bigger way: gas taxes.

According to Bloomberg News, Biden told members of Congress that he is open to a 5 cent per gallon increase on the federal gasoline tax, more than a 27 percent increase on the current gas tax.

The Eno Center for Transportation estimates that a 5 cent per gallon gas tax hike would raise taxes by more than $87 billion over a 10-year period.

“Biden’s proposal to raise the gas tax would not only be a clear violation of his promise but would disproportionately place the burden of the tax increase on lower-income Americans who pay a larger portion of their income on gasoline,” ATR said in a statement.