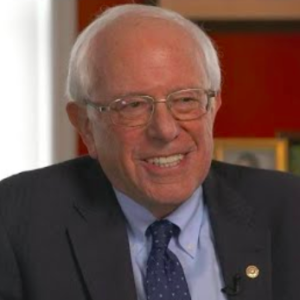 “Nobody Can ‘Out-Bernie’ Bernie!” Sanders’ 2016 Supporters Are Ready for Another Round

When Elizabeth Ropp of Manchester, NH got word through social media that Bernie Sanders was in the 2020 Democratic primary, she knew just what to do:

“When I first saw his announcement, I gave a small donation hoping it would help show he had grassroots support,” Ropp told NHJournal. “Then my husband texted me the news and said he had donated, too!”

Ropp is one of about a dozen New Hampshire 2016 Bernie supporters who talked to NHJournal the day after he entered the 2020 race, and though they had varied reasons for supporting the Vermont senator, they all said they re-joined the Bernie bandwagon without a moment’s hesitation.  The word that best describes their mood is, as one supporter put it, “ecstatic.”

“I think a lot of us had been waiting for so long and we weren’t sure how to feel about this election,” Ropp said. “But now that he’s in it’s like ‘Let’s rip off the lid and go for it!’”

Chris Liquori of Portsmouth had a similar reaction. “When Bernie got in it was absolutely extraordinary. We’ve been thinking about this, day in and day out, since 2016. So we’re ready.”

Liquori, a Sanders delegate to the Democratic National Convention, said fellow Sanders’ fans are already on the phone. “I’ve had friends from Connecticut get in touch with me about canvasing for Bernie [here in New Hampshire] and they were like, ‘How early is too early?’”

Most political observers say that New Hampshire is a must-win state for Sanders, who crushed Hillary Clinton here 60-38 percent in 2016. Sanders himself called the state “enormously important.”

Now it’s four years later, and Sanders is four years older (if elected, he would be 79 years old when he is sworn in—older than Ronald Reagan was when he left office).  Many of his uniquely progressive policies from the last campaign, like Medicare For All, have been adopted by other candidates in the field. Can Sanders get the Granite State band back together?

“Bernie’s base of supporters aren’t leaving him ,but the question has to be asked of whether that’s enough to win,” says Joel Payne, a Democratic strategist based in DC who advised the Hillary Clinton 2016 campaign.

“Sen. Sanders is approaching 2020 very differently from 2016. He’s starting with a muscular fundraising machine and he hired a top mainstream progressive to lead his campaign. That tells me that he wants to be viewed, not as an insurgent, but as a viable mainstream candidate.”

And polls show Sanders remains popular among Democratic primary voters, despite the fact they have plenty of progressive options on their plate.

A new UMass poll released Wednesday, for example, has Sanders at 20 percent, well ahead of the other announced candidates like Sen. Kamala Harris (14 percent) and Sen. Elizabeth Warren (9 percent).  The only person ahead of Sanders is former Vice President Joe Biden (28 percent), who has yet to announce his intentions regarding 2020.

Sanders also has the second-highest approval rating among New Hampshire Democrats (65.3 percent) in the newest poll from the New Hampshire Institute of Politics, once again trailing only Joe Biden (80 percent).  And Bernie beats President Trump in a theoretical matchup 54-41 percent according to a New Hampshire Journal poll last month.

The 2016 supporters interviewed by NHJournal shared this optimism, both about his ability to win the Democratic nomination, and to defeat Donald Trump in the general election. Nearly all of them mentioned, without prompting, Sander’s huge fundraising haul in the first 24 hours (nearly $6 million) and they largely dismissed concerns about his age.

“Everyone makes the criticism that he’s too old, but we’re living in a different time now,” said Pam Pedersen of Berlin. “Bernie is mentally sharp, and the only criticism Trump can make of him is his hair.” Pederson, a doctor, said she’s met Bernie three times and was very impressed. “He’s a real person,” she told NHJournal. “And I pictured him to being shorter. He’s actually pretty tall.”

Democratic activist Ted Bosen, until recently a Coös County Democratic Party official, has seen Bernie on the campaign trail and says he’s up to the task.

“Look, Bernie was a track star in high school. I introduced him at an event in Berlin, saw him under grueling circumstances here in the North Country in non-stop campaign mode. This guy has the energy. Compare him to Joe Biden. Even though Biden is two years younger, he looks a lot older,” Bosen says, who has resigned his post as chairman of the Berlin Democratic Committee to work exclusively on the Sanders campaign.

“And besides, if the DNC hadn’t stepped in on Hillary’s behalf, Bernie would be president right now!”

These Sanders supporters were all familiar with the argument that Bernie has potentially worked himself out of a job now that his progressive socialism has been embraced by so many of his fellow 2020 Democrats. But they say he’s still the best candidate to carry that torch.

“In a way it doesn’t matter if it’s Bernie Sanders or not—I still want it to be him and I’ll fight like hell for him to win—because whoever wins the nomination is going to be running on his platform,” Liquori said. “But I think that’s going to be an advantage for Bernie because he can say ‘Hey look, I’m the reason that we’re here. I’ve been talking about these ideas all my life.’”

Not everyone is quite as optimistic about Sanders’ chances. “I know he’s not getting any younger. He’s been pretty battered by the media. And I don’t know if he can overcome the resistance to him down South,” worried Katie Talbert of Lebanon, NH. “The Clinton Democrats really have a hold down in the South and Midwest. If he can run a more effective campaign outside of New England and keep raising money, that’s encouraging.”

Despite her concerns, Talbert says she’s all in for Sanders and, if he hadn’t entered the race, she would have likely sat out the Democratic primary.

“The rest [of the 2020 Democratic candidates] are beholden to the DNC’s line of not really wanting to kick the corporate, capitalist structure in the butt. Or they’re beholden to donors, like Cory Booker. And Kamala Harris has a disturbing outlook on criminal justice,” Talbert said.

“If the Democratic Party sends out those ‘same old, same old’ candidates, I stay home.”

“Some of our roles are to open doors and other people get to walk through them,” said Arnesen, who hosted a house party for Sanders in 2016. “Bernie Sanders opened a hell of a lot of doors. But it may not have been for him.”

For the most part, however, Team Sanders 2016 is ready and raring to go for another around in 2020.

“In the last 24 hours my social media sites have been hot and buzzing from Bernie people I know, people who  are my friends,” Bosen said. “Until some other candidate proves they can ‘out-Bernie’ Bernie Sanders, we’re not gonna switch.”