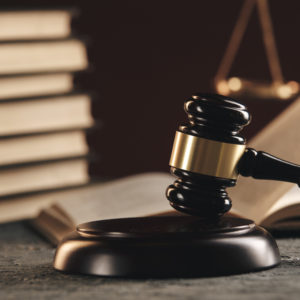 Americans for Prosperity New Hampshire joined Americans for Tax Reform, Cato Institute, and other interest groups in filing a motion of support for the lawsuit with the nation’s high court.

“Massachusetts bureaucrats are trying to deliver a lump of coal to Granite Staters this Christmas Season with an unconstitutional move to charge them with Massachusetts’s high income taxes,” said AFP-NH’s State Director Greg Moore in a press release. “This move would enable the state of Massachusetts to charge former Massachusetts commuters wherever they live in the world today.

“Of all states, Massachusetts should know that this is taxation without representation, and a blatant move to balance their books on the backs of Granite Staters. We look forward to the judicial system overruling this unconstitutional regulation and protecting New Hampshire workers from this power grab.”

Mass Dept. of Revenue’s new rule, which went into effect last spring, “expand[ed] the scope of its income tax to cover people who used to commute to Massachusetts but currently work in another state, due to the pandemic,” according to the brief filed today, noting that “Massachusetts’s action expands the taxation of nonresidents beyond what is constitutionally permissible.”

The outcry has been loud and sustained in New Hampshire since the plan first came to public attention.

“Massachusetts is trying to use the ‘East Germany’ model of taxation: There is no escape,” Grover Norquist of Americans for Tax Reform told NHJournal in August. “They’re essentially admitting they’re a loser state — losing businesses and taxpayers to other, low-tax states with a better quality of life.”

“This is an existential threat to the New Hampshire Advantage, but it’s also the first shot in a fight by states like New York and California to change the rules that allow jobs and revenue to flow to other, better-run states. They’ve spent themselves into a hole with incompetence and costly pension systems and they want the rest of us to subsidize commitments they’ve made that they can never meet,” Norquist said.

Sununu says he is “proud that New Hampshire remains an income tax free state. We need to maintain that New Hampshire Advantage at all costs.” Following his words with actions, New Hampshire filed a lawsuit with the Supreme Court in October after two months of attempting to pressure Massachusetts into dropping the tax-scheme.

“I believe the [Massachusetts] Department of Revenue’s policy is just incredibly overreaching,” Sununu told NHJournal. “It strikes at the heart of the New Hampshire advantage. We are gonna stand up for all our citizens of today and tomorrow to make sure that our sovereignty is upheld.”

Even Democrats like former candidate for governor Dan Feltes expressed outrage at the Bay State’s plan. “We cannot stand idly by as Massachusetts tries to tax New Hampshire residents who are working remotely, acting as if they were still working full-time in Massachusetts proper,” he said in a letter co-signed by Sen. Lou D’Allesandro (D-Manchester).

Perhaps the lawsuit and amicus brief are exactly what Josiah Bartlett Center’s Drew Cline had in mind in terms of delivering “a punch in the face” to Massachusetts.

“I think New Hampshire has a strong constitutional claim against the Massachusetts Department of Revenue’s effort to reach across its border, by exploiting the COVID crisis, to impose its income tax on New Hampshire residents who are required to work from their homes.  The relevant constitutional issues are admittedly complex (e.g., “nexus” and “sourcing”), and there is not clear controlling precedent.