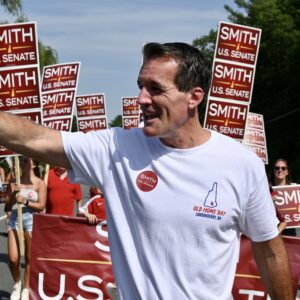 New Hampshire Journal has offered all the major candidates in the GOP U.S. Senate race the opportunity to make their “Final Pitch” to Granite State voters. Please check back between now and Primary Election Day for more. Or better still, sign up for our daily newsletter so you won’t miss them!

Over the past nine months since launching my campaign, I have had the honor and privilege of traveling across our great state and talking to people from all walks of life.

Everywhere I go, I hear similar stories of the same struggles, just told in different ways. It’s the prohibitive price of filling up their car as they lose more of their hard-earned income driving to and from work. It’s the skyrocketing costs at the grocery store, where they’re paying more and getting less. It’s cutting back on mornings spent at their favorite diner with friends or evenings taking their family out to eat as they cut back on every aspect of their family budgets. It’s the looming threat of the winter season, just months away, as home heating oil costs are at record highs.

More than these very real, tangible issues that people are suffering under every day, Granite Staters are furious at Washington D.C. For far too long we’ve had a broken system where career politicians put their special interests over the will of their constituents. They grow further out of touch with every term in office, piling up out-of-state dark money to buy their next election.

Maggie Hassan is a perfect example. Since launching my campaign in January, I’ve called her an absent senator. From inflation, to the border crisis, to record high energy costs, Maggie Hassan has done nothing for the Granite State. In fact, throughout the entire pandemic, I never heard from her once as Town Manager of Londonderry, one of the state’s largest municipalities.

Hassan is beholden to Joe Biden, Chuck Schumer, and her party bosses. In return for them funding her re-election, she has rubber-stamped their failed, socialist agenda. She has voted for the reckless spending, ending Title 42, raising taxes on middle-class families, hiring 87,000 more IRS agents, and countless more dreadful policies that have devastated our country. I’m running to put a stop to every last piece of the failed Biden agenda.

But, once again, Washington forces are trying to buy their handpicked politicians. We’ve seen more out-of-state, dark money spent by Washington in the past 10 days than we have by our own campaigns combined. We can’t change the broken system by continuing to allow Washington to choose the players. We need term limits, accountability for bureaucrats, and a ban on congressional insider stock trading. None of that will happen if we keep allowing Washington to buy elections with status quo politicians.

I ask for your vote not only to beat Maggie Hassan in November, but also to stop the failed Biden agenda, and elect a strong conservative with a proven record. I’m asking for your vote to beat back Washington D.C. and fundamentally change the system for good.