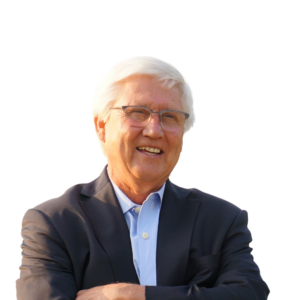 On a snowy Saturday morning this past January, I announced my intentions to run for the U.S. Senate. I had watched for the past year as President Joe Biden and his allies, such as Maggie Hassan, made mistake after mistake and left ordinary Americans paying the price. Their failed policies left families throughout New Hampshire and throughout our nation struggling to pay their bills on time. Struggling to put food on the table. Struggling to fill their gas tank and afford heating oil for the winter.

I told the crowd of a few hundred supporters that the U.S. Senate needs a lot more 603 commonsense and a lot less DC politics. “603, not D.C”. has become our campaign motto ever since that day.

Here in New Hampshire, our state’s policies could not be any different. As president of the New Hampshire Senate, I worked to pass a fiscally responsible balanced budget that cuts taxes and eases the regulatory burdens on small businesses. As a result, New Hampshire has the fastest growing economy in the country and one of the highest qualities of life.

New Hampshire Republicans are up against a lot if we want to unseat Maggie Hassan and defeat the D.C. Democrat machine in November. We need to make sure we nominate the strongest possible candidate in order to get there. I believe I am that candidate.

I didn’t grow up with a lot of money. I worked my way through college. I built my business up from a few piles of dirt and a whole lot of debt into the success that it is today. I know the American Dream because I’ve lived it.

My record in the state Senate is one of a conservative, common-sense New Hampshire Republican and that’s exactly who I will be in the U.S. Senate.

I believe we need to keep taxes low to grow our economy and ensure that ordinary Americans are able to provide for themselves and their families.

We need to secure our porous southern border to stop the influx of opioids and fentanyl that are poisoning our children.

We need to return to energy independence with an all-of-the-above energy policy that will bring gas and home heating oil prices back down.

We need to protect our constitutional rights, especially our Second Amendment rights, that have been under attack from Joe Biden and Maggie Hassan.

We need to improve our education system by giving parents and students more say in their education and expanding school choice.

I’ve spent the past nine months traveling to all parts of the state from the Canadian border down to my hometown of Salem. I’ve toured businesses, spoken to community groups, knocked on doors, and everyone tells me the same thing–they want a candidate who will be honest, tough, and stand up for the Granite State, not roll over for Washington. We can win in November and we will do it for the 603, not for DC. I hope I have earned your vote.