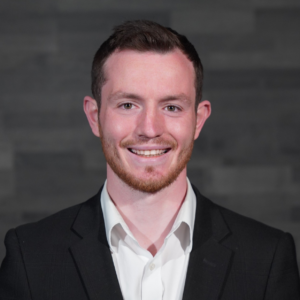 Posted to Politics September 10, 2022 by NHJOpinion

New Hampshire Journal has offered all the major candidates in the NH-01 GOP primary the opportunity to make their “Final Pitch” to Granite State voters. Please check back between now and Primary Election Day for more. Or better still, sign up for our daily newsletter so you won’t miss them!

Tim currently represents Seabrook and Hampton Falls in the New Hampshire House. There he has fought for our constitutional rights and freedom. Due to Tim Baxter’s proven record as a conservative fighter, he has been endorsed by Sen. Rand Paul, Congressman Thomas Massie, the National Association for Gun Rights, and over 45 state representatives in New Hampshire. Baxter is proud to have more local endorsements from state representatives than the rest of his primary opponents combined.

Growing up, Tim was blessed to have his brother Taylor in his life. Taylor has special needs and today he lives in a wonderful group home—but that home was nearly forced to close down. Baxter got involved and helped it stay open. At a young age, the experience woke Baxter up to how corrupt politicians ignore and take advantage of those who are least fortunate in our community. Baxter’s personal experience with his brother lit a fire under him to get involved in the community and fight back against corrupt career politicians.

After rallying support to help prevent the group home from closing, Tim saw how much more need there was in our community. He formed the nonprofit Second Chances to help those struggling with addiction get into treatment. After seeing the unprecedented restrictions on our freedom during the lockdowns, Baxter decided to step up and run for office. As a volunteer legislator, Baxter led the fight against vaccine passports and illegal immigration and worked as a member of the Way and Means Committee to cut spending. He’s earned a 100 percent rating from HRA (NH’s constitutional group) because of his proven voting record.

Tim Baxter is the only candidate in the CD-01 race to actively say he will not support corrupt “Swamp Rat” Kevin McCarthy for Speaker of the House. In Congress, Tim will join the Freedom Caucus and be a thorn in the side of the corrupt deep state establishment. Baxter is the only candidate who has demonstrated the courage and integrity necessary to stand up to the corrupt establishment and insane socialists who are destroying our country.

D.C. Super PACs are spending millions to try to buy the election. The voters of New Hampshire should know that they have another choice.

Not only is Baxter the most principled candidate, but he has the best shot to defeat Pappas in the general election. Baxter set up his campaign in HQ in Manchester to directly attack the home base of Pappas’s support. Instead of conceding the largest city to Pappas, we need to compete for every single vote to win this tight swing district.

Our campaign and our supporters have knocked on over 100,000 doors, participated in almost 200 events, and raised almost $1 million. Voters are yearning for a proven conservative fighter who has the guts to fight for New Hampshire and annihilate the Swamp. Vote for Freedom. Vote Baxter!