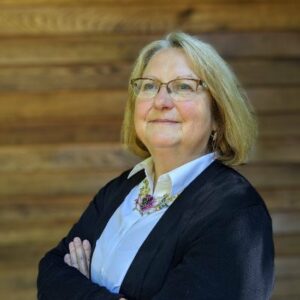 A special election to fill the seat vacated by the death of Speaker Dick Hinch of Merrimack is underway, and House Republicans are coming out swinging in hopes of keeping the seat in GOP hands. They’re targeting Democratic candidate Wendy Thomas over her refusal to stand for the national anthem and pledge of allegiance during a House session last summer.

In a general election, Republicans would likely have the upper hand. Merrimack has a partisan voter index (PVI) of R+5, and the NHGOP retook three of the four seats held by Democrats in November. But this will be a special election, when low turnout makes outcomes more unpredictable (In Massachusetts, Scott Brown won the only GOP U.S. Senate victory since the Nixon administration in a 2010 special election.)

Republicans are looking to counter those factors by going on the attack. They sent an email Monday reminding voters that Thomas, who lost her house seat in November, refused to stand for either the pledge of allegiance or the national anthem as an act of political protest.

“We will not let Merrimack voters be deceived by Wendy Thomas,” said Deputy Majority Leader Fred Doucette (R-Salem), noting he is “appalled that an elected official from the State I love and represent would disrespect our flag and country like this.” 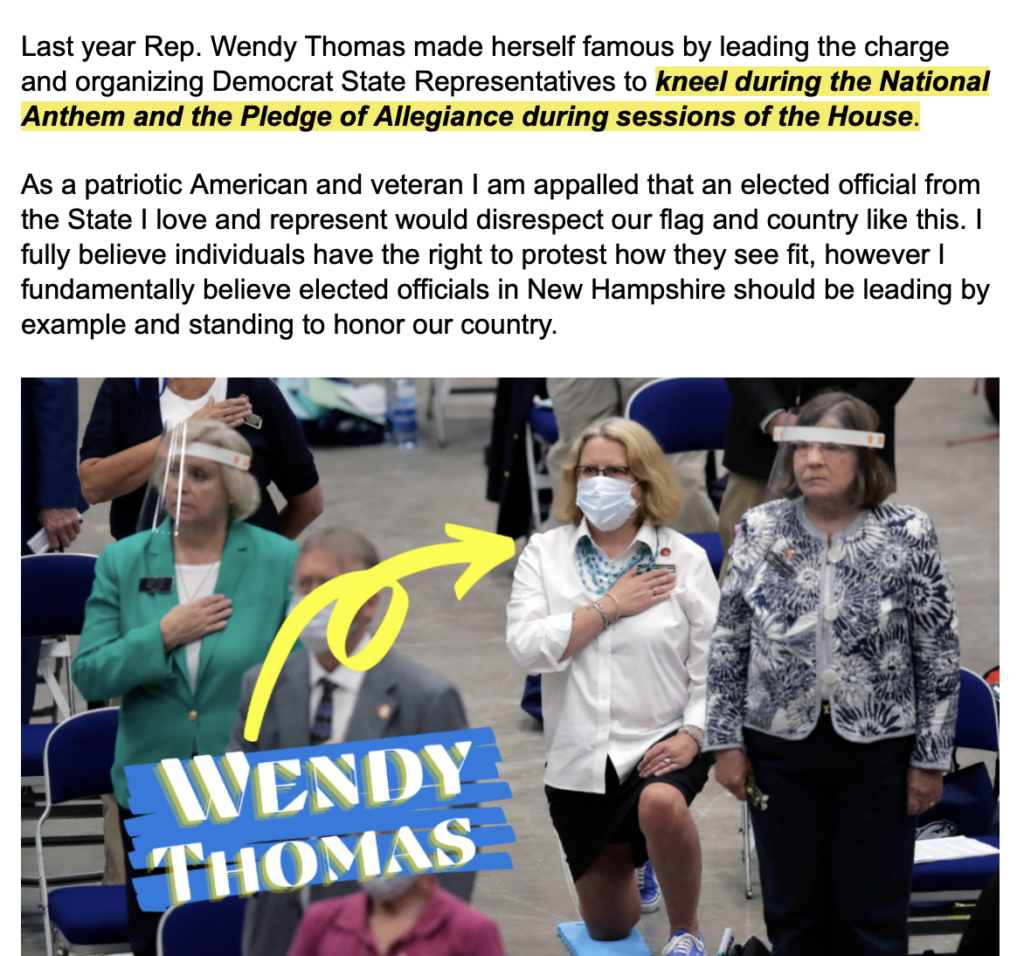 From a GOP campaign email

Thomas defended her actions in an interview with NHJournal. “It’s the first time I’ve ever knelt rather than stand for the anthem, and I did so because things are at a bubbling point in America. I knelt for Black Lives Matter, but I also knelt because of news that Trump is OK with Russia putting bounties on our soldiers’ heads, and because we’re losing lives to coronavirus daily. I was sending a message — America is in trouble.”

With ten weeks remaining until the special election, this photo will be shared plenty more; sources tell NHJournal.

“Every voter going into the polls to replace Speaker Dick Hinch will know what [Thomas] did, and they will reward her with the same gift they gave her in 2020- political retirement,” Doucette wrote in the email.

Thomas won her House seat in the blue wave of 2018 but fell short in 2020 when the GOP flipped the state legislatures to Republican control. She’ll face off against Town Councilor Bill Boyd, the only Republican in the race. Two additional candidates filed as ‘undeclared’ and have until Feb 23 to collect enough petition signatures to put them on the ballot.

Lynn Christensen, Merrimack’s town moderator, is one of those undeclared registrants but said she has no intention of collecting signatures, only signing up to eliminate the chance of having a special election in February, instead getting the special to align with Town Meeting in April.

Democrats view this seat as a key pick-up opportunity. In 2020, Democrat Kathleen Martins picked off a seat in a special election in Hooksett, a Republican stronghold, by three-dozen votes.  In Epping, another typically strong Republican town, Republican Michael Vose barely eked out a victory in October of 2019.

Merrimack’s seat is one of two current vacancies in the House of Representatives. If Thomas is successful, the Democrat caucus will cut into the GOP majority, narrowing their effective vote majority to just twelve.